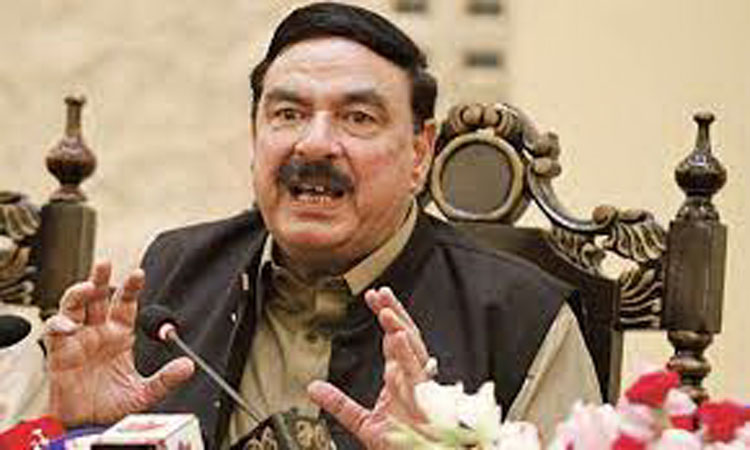 An alleged leaked audio has gone viral on the social media in which AML chief and former interior minister Sheikh Rashid Ahmed could be heard asking a person whether he had made ‘payment’ to PML-N leader Jalil Sharaqpuri to persuade him to resign from his seat in the Punjab Assembly. “Did you make the payment to Sharaqpuri?” Sheikh said in the audio while speaking to a person named Gul Zaman.

Gul Zaman could be heard saying that the payment had been made to Sharaqpuri to which Gul Zaman replied, “Fear God, don’t talk this matter on the phone”. “I am not talking to India, what is the situation in the city? Beeper has been given on your basis,” replied Rashid. Sheikh came under fire after the audio went viral on the social media. He accepted that the audio was original and it was his voice, but said he was just ‘joking’ and was ‘not serious’. “There was no exchange of money,” he said, says a news report. In a video message released after the audio went viral, Sharaqpuri while speaking under oath said Sheikh was a “fraud”.

“Sheikh Rashid is Imran Khan’s enemy […] He is spewing lies at the behest of someone,” the PML-N leader said, says a news report. In response, Zaman confirmed that he had talked to Sh Rashid but noted that he had asked the former interior minister to not speak about Sharaqpuri. “Neither do I know who Jalil Sharaqpuri is, nor have I met him,” Zaman said in a statement, adding: “I do not know what Rashid was thinking at that moment.” Distancing himself from the matter, Zaman said he was Punjab Assembly Speaker Pervaiz Elahi’s friend for over 25 years. Meanwhile, the PML-N leader has denied receiving any payment saying he had no links with Rashid. “Sheikh Rashid is lying about me. Sheikh Rashid is a crook and he is not sincere with [PTI chairman] Imran Khan,” he added.