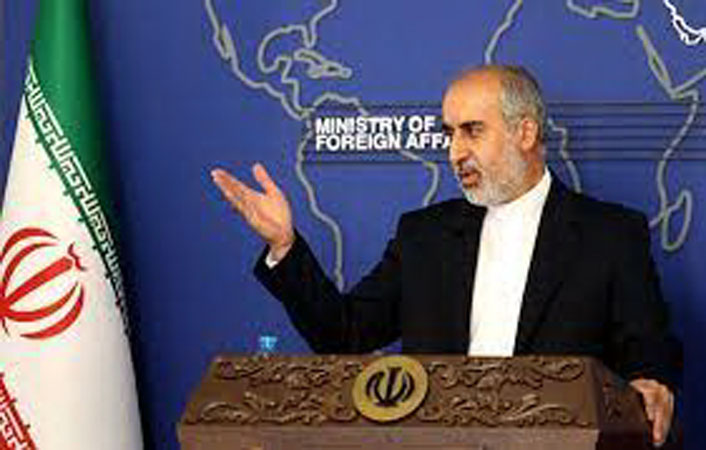 Tehran on Sunday accused Washington of provoking tensions in the Middle East, a day after US President Joe Biden ended a tour to Saudi Arabia Israel.

Washington “has once again resorted to the failed policy of Iran-phobia, trying to create tensions and crises in the region,” Iran’s foreign ministry spokesman Nasser Kanani said in a statement.

The comments come after Biden on Saturday vowed that the United States would not “tolerate efforts by any country to dominate another in the region through military buildups, incursions, and/or threats”, in a transparent reference to Iran.

Biden, in a speech in the Saudi Arabian city of Jeddah at a summit that brought together the six members of the Gulf Cooperation Council as well as Egypt, Jordan and Iraq, assured Arab leaders that Washington would remain fully engaged in the Middle East.

“We will not walk away and leave a vacuum to be filled by China, Russia or Iran,” Biden said.

Following the meeting, a joint statement committed the leaders to “preserve regional security and stability”.

It also underscored diplomatic efforts to prevent Iran from developing a nuclear weapon, and notably called for enhanced joint deterrence capabilities “against the increasing threat” posed by unmanned aerial vehicles — a likely reference to Tehran, which on Friday unveiled ships and submarines capable of carrying armed drones.

Tehran, which denies seeking to build a nuclear bomb, on Sunday dismissed the comments made in Jeddah. “These false allegations are in line with Washington’s seditious policy… in the region,” Kanani said.

Biden began his regional tour on Wednesday in Israel, before visiting the Palestinian Territories and then flying to Saudi Arabia.

In the Jewish state, Biden signed a security pact reinforcing a common front against Iran, where the president vowed to use “all” US power to stop Tehran from acquiring nuclear weapons.

Kanani said the pact was a “great sign of the deception and hypocrisy” of the United States, because “they turn a blind eye to the Zionist (Israel) regime as… the greatest holder of the arsenal of nuclear weapons in the region”.

A landmark deal that imposed curbs on Iran’s nuclear programme in exchange for sanctions relief was undermined in 2018 by former US president Donald Trump’s withdrawal, which led Iran to begin reneging on its commitments.

Efforts to revive the accord have stalled since March.