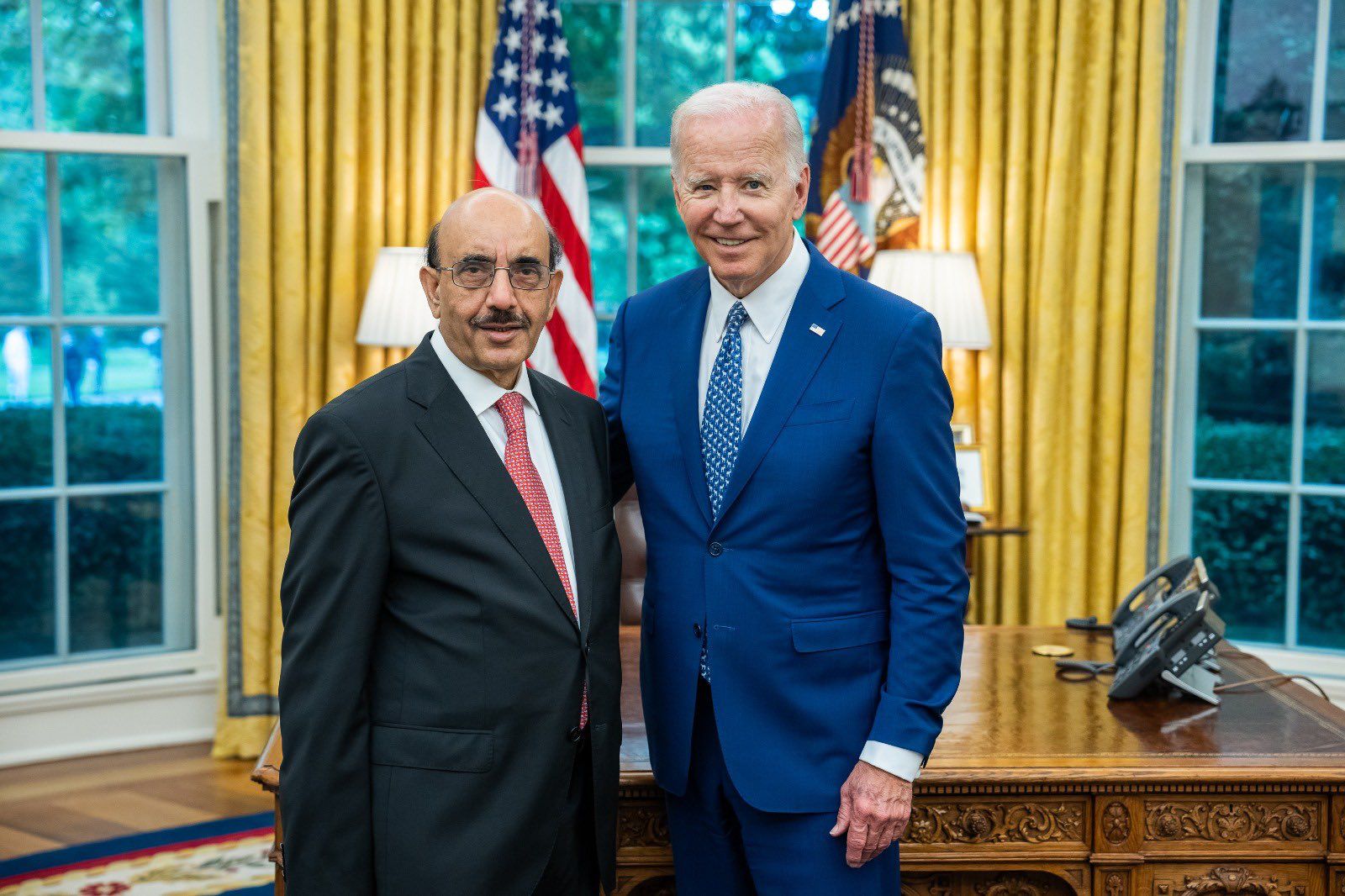 Pakistan’s Ambassador to the United States Masood Khan visited the White House to meet with President Joe Biden on Saturday to honor the 75th anniversary of diplomatic ties between the two countries.

The ambassador shared that he was honored to meet President Biden at the Oval office, adding that Pakistan and the US resolve to strengthen their ties.

According to the press release issued by the Pakistan embassy in the US, during the ceremony, President Biden and Ambassador Khan had a brief conversation on building a strong basis for moving the US-Pakistan ties forward.

Forty-six other ambassadors were also present to have an official photograph with the president one by one. They too had not been able to call on Biden for more than a year because of Covid-19 restrictions.