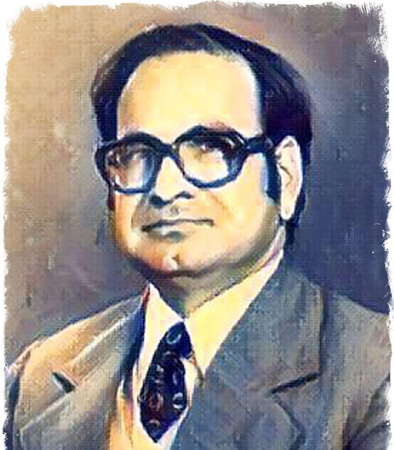 The ways of man were different from the ways of men. My friend and renowned writer, Prof Waris Mir, was an intellectually gifted journalist and a gutsy analyst of his time. He was amongst those dedicated writers who had the courage to put their lives at stake to preserve the sanctity of their pen by challenging military dictators. Prof Waris Mir is recognized for his courageous struggle to uphold the cause of democracy, press freedom and women’s rights through his bold writings during the dictatorial era of General Ziaul Haq, which had been the most turbulent period of Pakistan’s political history. Speaking out at the behest of the people with a mission – ‘to write for the posterity, to speak as the people’s voice’ – was a task not many writers and journalists could take up in those oppressive days. Being an intellectual with moral courage and a mighty heart, he was not ready to become a silent spectator to the brutality of a dictator who was bent upon stabbing democracy.

Being a man of principles and truth, he did not put a stop to the pinching truth that flowed out of his pen. Most importantly, what Waris Mir wrote and how he wrote, makes him an icon par excellence. The times, in which he wrote against all odds, many others had deemed it fit to compromise. He loved Pakistan to death and backed a revolutionary Islam. But martial law had jeopardized everything he believed in, and that too, in the name of Islam. Freedom of the press might not be an issue for every writer but it was ‘the’ issue for Waris Mir.

Through his fiery columns, Prof Waris Mir used to voice his opposition to military intervention in politics.

Therefore, he is accredited for keeping the lamp alight during the wild dictatorship of Zia that did its best to enchain and stifle every emerging voice. Waris Mir died in July 1987 at the young age of 48. He died with his boots on while raising his voice Zia dictatorship. The best words to describe Prof Sahib would be a democracy-loving, progressive and liberal intellectual and a truthful, and daring journalist. During his career span as a journalist, Waris Mir, besides taking up his pen on political issues, wrote on all vital national and international issues of his times including human rights, press freedom and censorship, religion, history, philosophy and social issues.

However, it was the boldness of his scholarly writings that earned him soaring popularity amongst his readers during Zia’s martial law period. In those days, political activity had been banned; newspapers were facing atrocious censorship and those journalists who dared to write or speak out the truth had to face public lashings. Waris Mir’s writings also had to bear the snipping instilled by censorship yet he refused to stay conventional. He was not one of those writers who would compromise on principles.

Thus, Waris Mir fought a lone battle with the dictator of his times and set an example for others to follow. Through his fiery columns, Prof Waris Mir used to voice his opposition to the military intervention in politics, arguing that the dilemma of the Pakistani nation is that its politics and governance continue to be under the firm thumb of the mighty military establishment. He used to argue that the only respectable way for the Army to preserve its dignity and institutional pride is to stay away from politics and focus entirely on its professional duty. But unfortunately, ever since Waris Mir breathed his last, not much seems to have changed in our political landscape. The Pakistani nation still stands at square one, with the hard-won democracy still struggling to survive. Mir rightly used to say that having tasted political power, our military has simply ceased to be apolitical.

“It’s not just Islam,” he wrote, “when we take a look at the West, even there the intellectual elite had once been enchained by the Church during the age of monarchy but in any part of the world it is impossible to stifle a voice that is raised for the sake of the common people.” A writer’s pen belongs to the people, he used to say. He wasn’t writing for a certain generation, “I believe in putting together history for the posterity.”

Waris Mir’s contribution to Pakistani society was not confined to his writings alone. Being the head of the Journalism Department at the University of Punjab, Lahore, he was a teacher in the true sense of the word who was concerned not only to become a voice for the people but also for their educators. It was in this very process that Waris Mir became a mentor and guide for those very people who read him, heard him and followed him.

While many hearts would have been warmed and many brains churned up by all those ideas Prof Waris Mir had expressed in his writings, he had to pay a price for advocating freethinking and free expression. But it was a price too ominous, too tragic and too painful. Waris Mir saddened many around him on July 9, 1987, as he breathed his last at the young age of 48 following a sudden and mysterious heart attack. He was under intense pressure from the military junta of Zia. However, three decades later, he continues to live through his writings.

The writer is an intellectual, a poet and a renowned jurist.