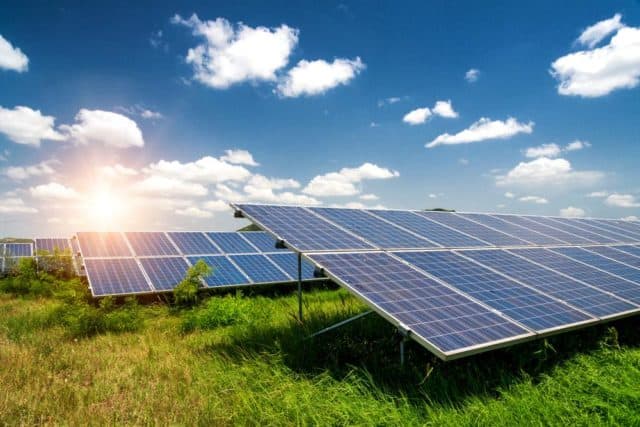 Addressing a press conference here, the minister said that detailed initial briefing was given to the PM about the solar energy power. Under the policy, initially seven solar plants would be set up at existing sites of Thermal Power Plants as land and transmission line has already been there to evacuate electricity.

Opening bidding would be held and contract would be awarded to the lowest bidders for setting up the solar power plants, he added. The minister said, there was proposal under consideration to set up 1 MW solar plants in small feeders areas across the country which would help generate 2000 MW electricity in first phase.

Priority would be given to the tube wells in Balochistan running on diesel. Dastgir said provision of 1-kilowatt 3-kilowatt solar panel module to domestic consumers was also part of the plan the cost of which would be recovered through their electricity bills.

The minister expressed the hope that all these projects would add 7000-10000 MW electricity to the national grid system before next summer season. He said hdyel electricity production from Tarbela dam has further increased owing to improved water inflow and it stood at over 3800 MW.

Lucky Coal Power Plant has also started generation after maintenance, he added. K-2 nuclear power plant would also start supplying 1100 MW to the national grid after completion of its refueling before the Eid, he added. The minister said the people would experience visible decrease in the load-shedding in coming days.

Less load-management has already been carried out in big and major cities, he said. Replying to a question, he said damage to tunnel of Neelum Jehlum hydropower project was being assessed.

To another question, he said transmission line was also being laid in Makran Division besides setting up solar power plants at the coast areas of Makran. Panjgure and other areas of Balochistan have rich potential of solar energy while around 600-700 wind energy was being generated from Jhimpir (Sindh) corridor.

To a query, the minister said 1214 MW Shanghai Electric Thar Coal project which was delayed by PTI government would also start generation during the current fiscal year.