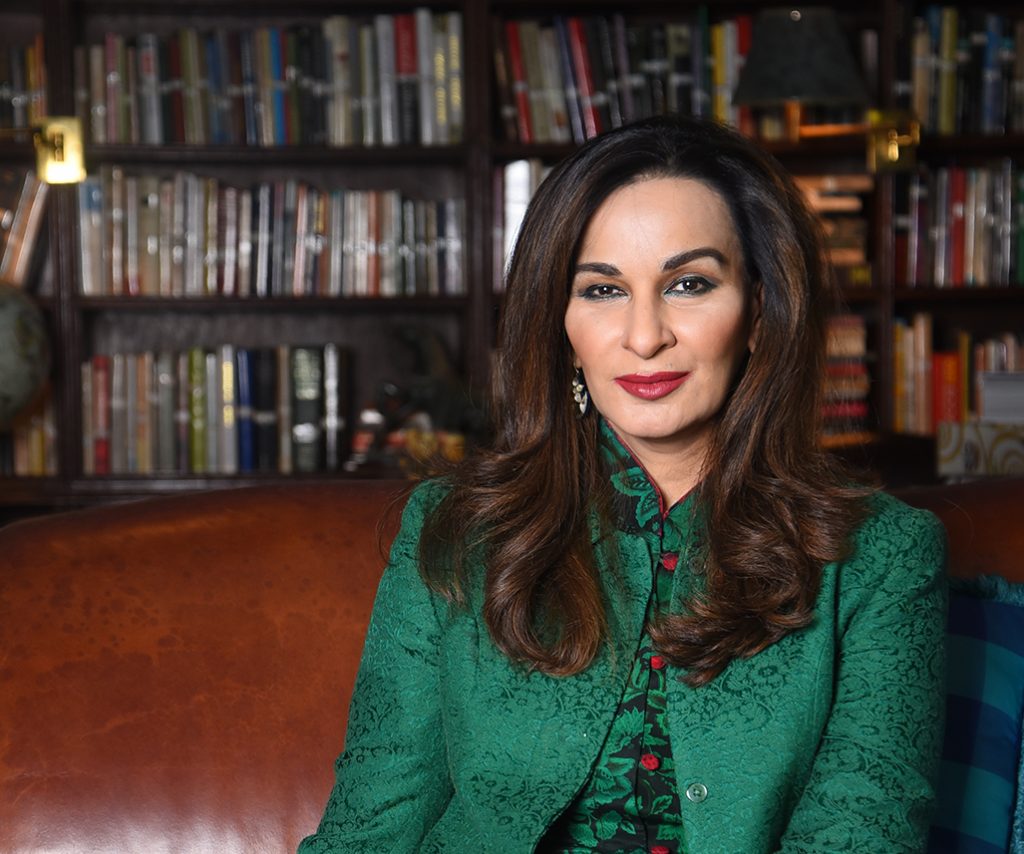 ISLAMABAD: Federal Minister for Climate Change Senator Sherry Rehman on Wednesday said the country had received 87% above normal rainfall during the prevailing monsoon season whereas the death toll due to heavy rains had surged to 77 since June 14.

The minister held a press conference to share the situation of the current monsoon damages across the country where she was flanked by Additional Secretary Ministry of Climate Change (MoCC) Jodat Ayaz, and Member Disaster Risk Reduction, National Disaster Management Authority (NDMA) Irdees Mahsud.

Sherry Rehman said that the monsoon and pre-monsoon events were going on along with continuous environmental incidents taking place across the country.

“Pakistan has become the sixth most affected country due to climate change whereas the Prime Minister also directed to focus on climate change events. Media is also requested to sensitise masses on precautionary measures during the monsoon disasters,” she said.

The pre-monsoon started in June that received more precipitation and there were 16 glacial lake outburst flood (GLOF) events recorded this season due to extreme heatwaves which were previously only 5-6 events on average, the minister said.

She added that the casualty count had jumped up from 68 in the morning to 77 in the afternoon from June 14 till date after the onset of monsoon season.

She commended the efforts of provincial disaster management authorities (PDMAs) and NDMA saying, “PDMAs and NDMA did a great job in ensuring monsoon preparedness.”

The minister underlined that overall 87% more rains above average were recorded in the country and the ratio was recorded at 49% in Azad Jammu and Kashmir (AJK), Khyber Pakhtunkhwa (KP) -28%, Punjab -22%.

The highest above normal monsoon rainfall was witnessed in Balochistan and Sindh which received 274% and 261% above normal rainfall, she told the media persons.

The PDMAs, she mentioned, had already directed the district administrations to ensure cleanliness and dredging of Nullahs or drains.

She lamented that it was a national tragedy to witness 77 deaths which was a great loss for any state and government that had to respond to such tragedies.

“The first spell of monsoon started on June 29 and is expected to persist further,” she cautioned.

Sherry said there were 39 deaths reported in Balochistan due to monsoon rains whereas the season was now shifting from the North to Balochistan.

Quetta city faced urban flooding followed by Turbat and Pasni who also got impacted by heavy monsoon rains, she informed.

She warned that the monsoon pattern was prevailing in the South which would head towards Punjab.

After the recent rains, she said the dams across the country have received good amounts of water as earlier the country was facing drought and crop loss due to water shortage.

The NDMA has formed a monsoon contingency plan and held workshop training for the provincial and federal agencies, she said, adding, “during this above normal rainfall relief activities have been done by PDMAs and NDMA.”

The district administrations would have to take stock of their requirements for relief efforts and would have to coordinate through relevant forums to the federal government for any assistance during monsoon heavy spell, she said.

“The provinces will have to take their preparedness seriously. Like Karachi would have faced a storm but the situation subsided after a scattered spell of monsoon and also the rivers are not in any flood-like situation which is a good sign,” the Minister said.

She underscored that it was the sixth day of heavy monsoon rains and the authorities concerned would have to remain vigilant. “MoCC has received an update of four deaths in Ghizer due to flash flood in the area”.

The minister requested the media to flash the weather alerts and updates so that it could help save lives in vulnerable areas.

“The government is active and the public should also play their role as well to protect themselves and their livestock during inclement weather, especially those living in low-lying areas.”

She highlighted that the recent United Nations Economic and Social Commission for Asia and the Pacific (UN-ESCAP) report showed that Pakistan would have the highest losses as a percentage of GDP at 9.2 percent which is the highest in the region.

“The GHG emissions of the region are impacting South Asia. Pakistan hosts the highest number of glaciers after the polar region that is at risk due to global warming,” she said.

“MoCC is active in legislation and coordination and has approved the first National Hazardous Waste Management Policy. The Ministry is not giving NOCs further for importing toxic waste and it has written letters to the consulates of the countries to apprise them on illegal dumping of hazardous waste to Pakistan from their side,” she added.

“Pakistan can recycle only 30% of its waste which is a challenge that demands national response to enhance capacity and management skills of the industry associated with it,” she told the media.

“We will start 300 trees’ plantations with the Prime Minister after the monsoon to start nature conservation. We will have to make very difficult decisions that will impact the industry to ensure climate resilience of the country,” she added.

Water scarcity, she said, would revive after the monsoon season which was a principal issue of Pakistan as water conservation was a must for its future.

Responding to media queries, she said, “Living Indus project will be launched and to be tabled before the federal cabinet and the provinces to clean, protect and restore the River Indus,” she added.

Additional Secretary Jodat Ayaz told the media that the issues pertaining to the alleged irregularities in the GLOF-I project would be looked into to resolve the matter.

Five million dollars procurement was to be done under GLOF II

The equipment procurement of US$3 million would take place from March to September 2023  to be deployed and handed over to the PMD to predict GLOF events.