Madhubala’s biopic will not talk about Kishore Kumar, Dilip Kumar 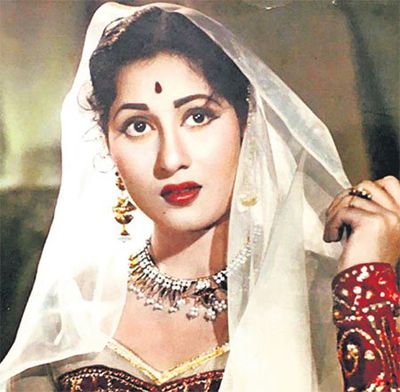 Madhubala’s biopic may not discuss her relationship with Kishore Kumar or Dilip Kumar, according to her sister Madhur Bhushan in a new interview. Madhubala was in a relationship with Dilip Kumar for several years before they had a public spat over a court case. Madhubala married Kishore Kumar from 1960 to 1969, but her family has always accused him of ‘abandoning’ her in her final days. Madhubala died at the age of 36 in 1969.

The biopic has been in the works for quite some time. While Madhur is said to have been working on it since Madhubala’s wax statue was unveiled at Madame Tussaud’s museum, the biopic was only recently announced.

“I am going in for a biopic on my sister, which will be produced by my very dear friends, very soon. It’s my humble request to all the well-wishers of Madhubala and whosoever is connected with Bollywood or elsewhere to please not attempt a biopic or anything else based on my sister’s life without my permission,” Madhur had said in a statement in 2018.

Madhubala fell in love with Dilip Kumar, but the couple never married. While many attribute it to her father, Madhur has frequently stated that it was due to ego clashes. Madhubala was married to Kishore for nine years until her death. They did, however, live apart for the majority of those nine years.

Madhubala, born Mumtaz Jehan Begum Dehelvi, made her debut as a child actor in 1942 with Basant, and her first adult role was Ganga in Neel Kamal (1947). She is also known as the Indian Marilyn Monroe and the Bollywood tragedy queen.