Imran warns of ‘total chaos’ if snaps polls are not held 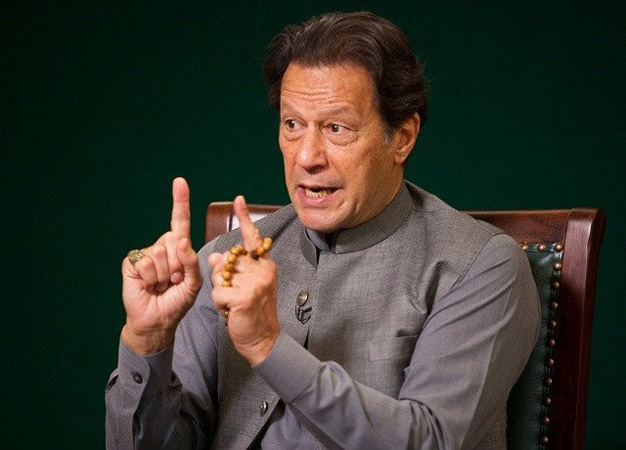 In a clear message to the ‘imported government and its backers’, former prime minister and PTI Chairman Imran Khan Sunday said the only way out for the country to avoid descending into total chaos was free, fair and transparent polls.

“My clear message to the Imported gov[ernmen]t & its backers: Only way out of descending into total chaos is to immed[iately] announce & hold free & fair elections,” he wrote on his official Twitter handle.

Lashing out at the government, he said “this cabal of crooks is crushing people under unbearable inflation” while stealing Rs1,100 billion of their money-laundered wealth.

“It’s only a matter of time before we go the way of Sri Lanka & into total economic and political free-fall,” he further said.

Imran has been upping the ante against the current regime in his latest statements.

On Saturday, addressing his party’s power show at Islamabad’s Parade Ground, Imran said that he was not waging a battle against the state institutions but cautioned them to employ the time left at their disposal to rescue the nation from the thieves “before the game slips out of hands”.

He alleged that the PML-N-led coalition wanted to pit him against the army and judiciary but asserted such attempts would go in vain. “Listen closely, our life and death is in Pakistan.”

He asked the institutions as to why did they allow thieves to be imposed on Pakistan.

“Is curbing corruption from the country only my responsibility? They closed down corruption cases worth billions of rupees by amending the NAB law,” he remarked.

He further stressed that people have neither accepted the “US conspiracy” nor will they allow these “thieves” to continue their rule, adding that the “slaves and boot polishers” were responsible for the country’s economic plight.