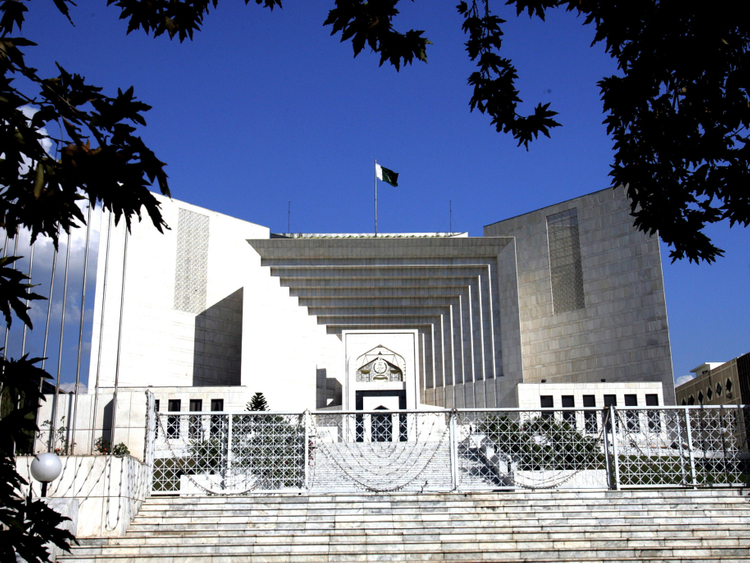 The Lahore High Court’s (LHC) decision to exclude the votes of 25 PTI MPAs from the recount of MPA votes in the Punjab Assembly for the election of the Punjab chief minister was appealed by the Pakistan Tehreek-e-Insaf (PTI) to the Supreme Court (SC) on Friday.

The PTI pleaded with the apex court to accept its appeal against the LHC’s decision. “The PTI assembly members must be given adequate time to attend the assembly session,” it demanded.

“Hamza Shehbaz should be removed from the office so that a clean and transparent election could be held. The election of Punjab Chief Minister should be stopped till decision on the petition [appeal],” it added.

“A suitable time should be given to convening the assembly session by changing the decision of the high court. The parties in the case have the constitutional right to clean and transparent elections,” it added.

It should be noted that the appeal was filed and requested to be heard today by the court by PTI attorneys Faisal Chaudhry and Imtiaz Siddiqui.

The LHC had earlier ordered a recount of the votes cast in the election for the chief minister of Punjab on April 16 and invalidated the oath taken by that candidate, Hamza Shehbaz, on Thursday. Additionally, the LHC mandated that the votes cast by 25 rebel PTI MPAs not be taken into account during the recount.

The LHC’s decision, according to Fawad Chaudhry, a leader of Pakistan Tehreek-e-Insaf (PTI), has aggravated the political crisis in Punjab.

“Hamza’s government is gone, but this verdict will not end the crisis,” he had said in a tweet.

“There are many flaws in the decision. A meeting of the party’s legal meeting has been called. We will approach the Supreme Court regarding flaws in the high court’s decision,” he had added.