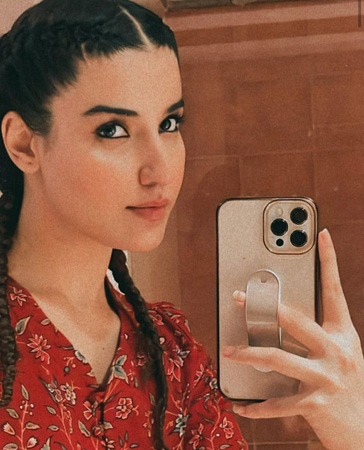 Actor and producer Hareem Farooq uploaded a new photo on the social media application Instagram and it is viral. The viral picture of Hareem Farooq taking her image. The post got thousands of likes from netizens. They could not hold themselves back from complimenting the actor’s looks with their comments. “Ma’am you are so sweet”, “fantastic image,” “You pretty pretty!” “Queen” “Da best” “You are our beauty?” “Pretty” “You cutie” “Tujh sa naa koi (There is no one like you?)” The posted a picture of her with her 2.6 million Instagram followers. She suffered serious injuries in an accident in 2013. She suffered a broken hand before going into depression. The Dobara Phir Se said the untoward incident happened when she was working on her first project. The celebrity said she was lucky to have undergone a successful surgery as doctors told her to go towards a natural healing process. She said that becoming handicapped after doing so much activity fell like a bombshell on her while recalling her experiences of her in a depressive state.