* 'The crying, the facial expressions she had, the staring at the jury, all of us were very uncomfortable,' he explained, referring to Heard's testimony 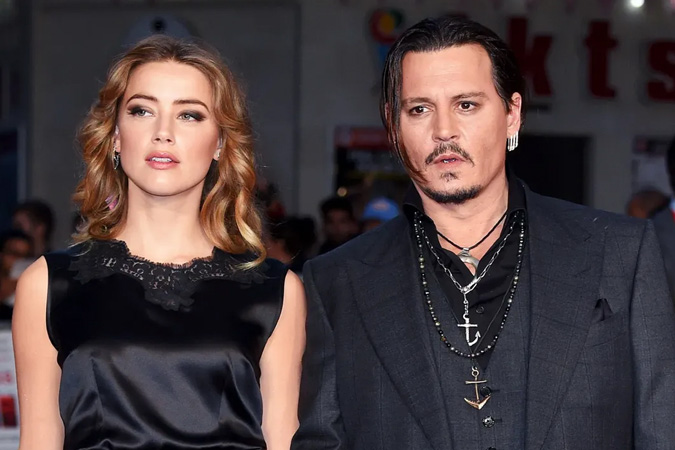 A juror from the defamation trial between Johnny Depp and Amber Heard is giving rare insight into the group’s deliberations.

In an ABC News exclusive, a male juror from the seven-person jury-who has remained anonymous-said over the course of the nearly six-week trial, a “majority of the jury felt she was more the aggressor” and that “a lot of Amber’s story didn’t add up.”

“The crying, the facial expressions she had, the staring at the jury, all of us were very uncomfortable,” he explained, referring to Heard’s testimony. “She would answer one question and she would be crying and two seconds later, she would turn ice cold. Some of us used the expression ‘crocodile tears.'” ?

As for Depp’s testimony, the juror seemed to applaud the actor for keeping a “stable” emotional state throughout: “A lot of the jury felt what he was saying at the end of the day was more believable.

He seemed a little more real in terms of how he was responding to questions.”

When discussing legal teams, he said he “thought Depp’s team was sharp,” while Heard’s lawyers had “sharp elbows,” explaining that “they were abrupt and frequently interrupted.”

Depp’s $50 million defamation lawsuit brought against his ex-which, after proceedings, ended with a verdict on June 1-stemmed from a 2018 essay Heard wrote for the Washington Post, in which she described herself as a “public figure representing domestic abuse.”

Although the article didn’t mention Depp by name, his attorneys previously said in court documents that Heard’s op-ed was all part of an “elaborate hoax” created “to advance her career.”

Later, Heard said she felt that representation on social media wasn’t “fair” during the course of the trial-a claim the anonymous juror said had nothing to do with their decision.

“Myself and at least two other jurors don’t use Twitter or Facebook,” he told ABC News. “Others who had it made a point not to talk about it. Ultimately what I think is truthful, was that they were both abusive to each other.”

“I don’t think that makes either of them right or wrong,” the juror continued. “But to rise to the level of what she was claiming, there wasn’t enough or any evidence that really supported what she was saying.”

As for the damages awarded to both parties, the juror said they were given “no guidance on the amount of money both stars were awarded,” adding that “each juror threw out a number they thought was fair.” Following the verdict, Heard’s attorney, Elaine Bredehoft, was asked if the actress would be able to pay the multi-million-dollar judgment, to which she answered, “Oh, no, absolutely not.”

In an interview with NBC News that aired June 13, Heard told Savannah Guthrie that she doesn’t “blame” the jury for the outcome. “I actually understand,” she said, adding that her ex is a “beloved character and people feel they know him.”

Following the verdict, Depp spoke out in support of the decision, thanking fans for their “colossal support.”