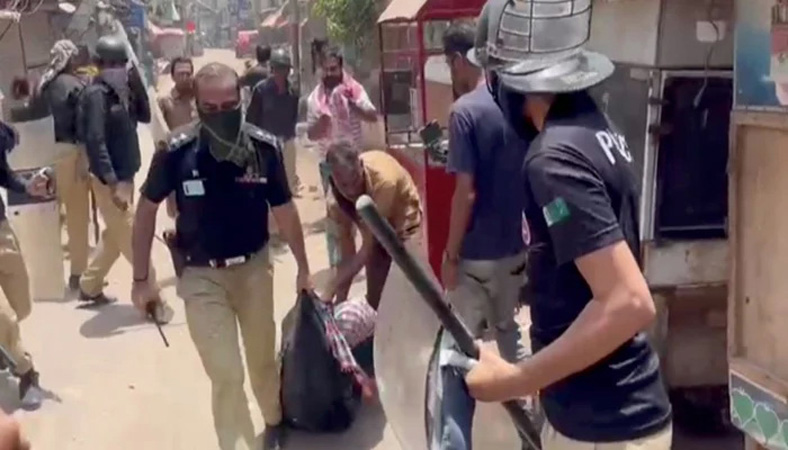 A 60-year-old woman reportedly died in police action in Mauripur area of the port city of Karachi on Tuesday during a protest against hours-long load-shedding.

The woman, identified as Meeran Bibi, was a resident of Hingorabad. The police however claimed that she did not die during the action against the protesters. SSP city said the deceased was 70 and died a natural death. “Negotiations are underway for the autopsy of the deceased,” he said.

The police officer said K-Electric should be booked for the death of the elderly woman and added that the protesters were out on the roads as they did not have power for the last 12 hours. “Police have footage of the incident,” he said, adding that people should not heed the “baseless rumours”. It was reported that the protesters hurled stones at the police and the cops retaliated with tear gas and baton charge. They also arrested several protesters after the talks failed.

A spokesperson for the traffic police said unless an official of K-E talked to the protesters and the utility restores their power supply, it would be difficult to disperse the protesters. Due to excessive outages, people are also facing water shortages. Residents said they were given power for an hour after facing two-hour outage. In several areas, there has been no electricity for up to six hours. 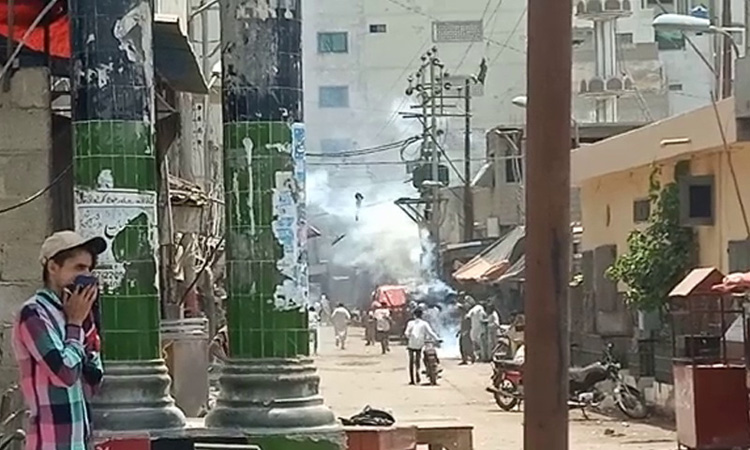 In Baldia Ittehad Town, Qaimkhani Colony, Gulshan Ghazi, Gulshan Areesha, Scheme 33 Garden, Malir, Rizwan Society, Korangi Ilyas Goth, Burns Road, City Railways Colony, and Nusrat Bhutto Colony, people are facing load-shedding from 11pm to 1am and 4 am to 7 am. They said there was no timing for unannounced load-shedding.

The protest ended in the evening after area residents decided to disperse and return home. According to Deputy Commissioner South Abdul Sattar, the protesters decided to call the demonstrations off after successfully negotiating with authorities. He added that previously, some people had refused to comply and continued protesting despite being assured that their grievances would be addressed. As a result, the protests continued for more than 24 hours.

Sattar also said that traffic in the area had been restored, which had been blocked because of the demonstration. Traffic from the ICI bridge to the Lyari Expressway, which had been suspended, has also been restored. Meanwhile, Chief Minister Murad Ali Shah has instructed energy minister Imtiaz Sheikh to ensure that the electricity load shedding situation in the metropolis is controlled in a timely fashion. He told Sheikh to hold talks with K-Electric in this regard and convey to the company that prolonged load shedding is creating a law and order situation in the city. “K-Electric should fix its systems. How many difficulties will the masses further bear?” CM Shah said, adding that the electricity shortage in the city should be addressed on a priority basis.

PTI leaders criticised the police action, with former federal minister Fawad Chaudhry chiding the PPP-led Sindh government that “they are your own people”.