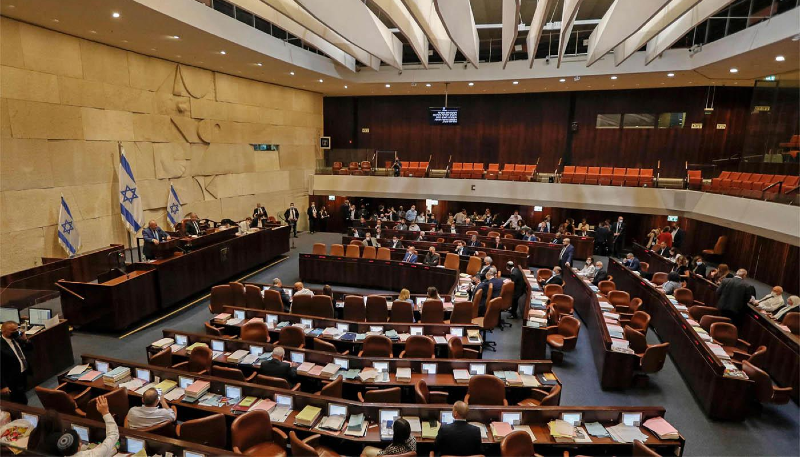 JERUSALEM: Israeli lawmakers on Tuesday unanimously approved a bill to dissolve parliament, a key legislative step that pushes the country closer towards its fifth election in less than four years.

Members of Prime Minister Naftali Bennett’s outgoing coalition and the opposition led by ex-premier Benjamin Netanyahu have been sparring in Israel’s parliament, the Knesset, since last week over a dissolution bill.

The coalition said it wanted quick approval of the bill after Bennett announced last week that his year-old, ideologically divided, eight-party alliance was no longer tenable. But Netanyahu and his allies had been holding talks seeking to form a new Netanyahu-led government within the current parliament, which would have averted new elections.

The sides have traded legislative jabs but finally agreed late Monday to advance a bill that would be finalised as law by the end of Wednesday. The opposition’s readiness to dissolve parliament suggested Netanyahu’s efforts to form a new government had stalled. Early Tuesday, the Knesset house committee approved the bill.

It was then brought to the plenum for its first reading, which it passed 53-0. According to the bill, parliament would dissolve, with new elections to be held on October 25 or November 1, with the date to be set after further negotiations.

The bill must then be approved in two further full Knesset votes. Some opposition lawmakers said there was a still a chance to stave off another general election and restore Netanyahu to office by recruiting right-wingers from the outgoing coalition.

“We can still prevent elections by midnight Wednesday,” Bezalel Smotrich of the far-right Religious Zionism party said in parliament. “But if they’re forced upon us, they will be the dawn of a new day.”

Some Knesset factions, including ultra-Orthodox Jewish parties that support Netanyahu, fear new polls could see them lose seats or end up out of parliament entirely by falling below the minimum support threshold, which is 3.25 percent of all votes cast, according to Israeli media reports.