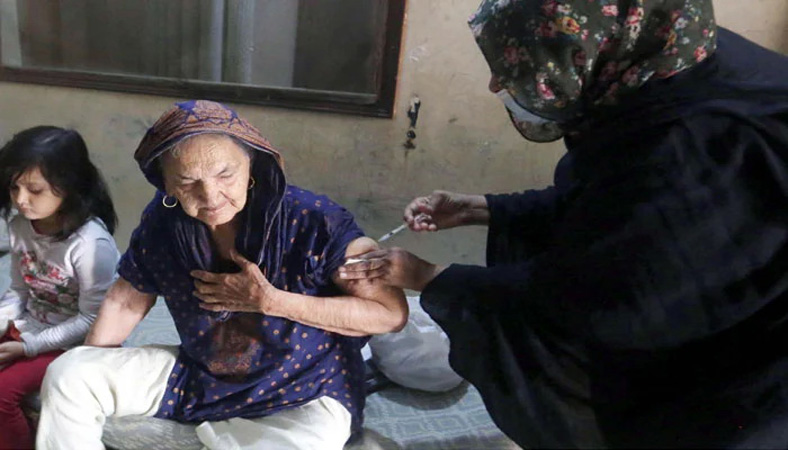 Pakistan is witnessing another surge in Covid-19 cases as 171 confirmed cases were reported by the National Institute of Health (NIH) on Monday.

The rise in active cases in different cities has risen, with 57 coronavirus patients in critical care at present. No deaths have been reported so far.

The national positivity rate stands at 1.53 per cent, whereas that of Sindh has been recorded to be as high as five per cent.

The rate of Covid positive cases was recorded at 10.08 per cent in Karachi and 16.67pc in Hyderabad. The positivity rate in Islamabad was recorded at 2.27pc whereas, in Lahore, the infection rate was reported at 1pc. In Mirpur, Azad Kashmir, the positivity rate was reported at 5.26 per cent, in Mardan 3.39 per cent, and in Abbottabad 1.2 per cent. Meanwhile, the government has announced a campaign in Rawalpindi to vaccinate citizens against Covid. As many as 297,427 residents of the Rawalpindi district would be immunised against the coronavirus during a 12-day-long fourth phase of the Reach Every Door (RED) drive that commenced in the district on Monday.

It may be mentioned here that Pakistan reported the first case of the latest sub-variant of Omicron in May this year. The new sub-variant is responsible for the latest wave of Covid-19 infections across the globe. Subsequently. the prime minister restored the National Command and Operation Centre (NCOC) which was dissolved a month earlier.

Pakistan’s response to the pandemic had been lauded internationally and was considered to be one of the countries that tackled the virus well enough to keep the outbreak from getting worse.

Earlier in March, a report by the United Nations Development Programme placed Pakistan among the countries that have done fairly well in the fight against the Covid-19 pandemic.

It noted that on March 23, 2022, the cost of vaccinating 40 per cent of the population in Pakistan was 13.95pc of the country’s current health expenditure. The positivity ratio of Covid-19 cases in Karachi and Hyderabad, once again, crossed 10% amid a steady increase in cases across the country, data from the National Institute of Health (NIH) showed on Monday.

According to the stats, 171 new infections were detected after 11,212 coronavirus diagnostic tests performed across the country, which placed Pakistan’s positivity ratio at 1.53% and the overall case count at 1,532,153. Moreover, at least 57 patients with infectious diseases have been shifted into the critical care unit during the last 24 hours. According to the NIH stats, Pakistan’s active case count reached 3,369. The case count has increased across the country, particularly in Hyderabad where the positivity ratio reached 16.67%.