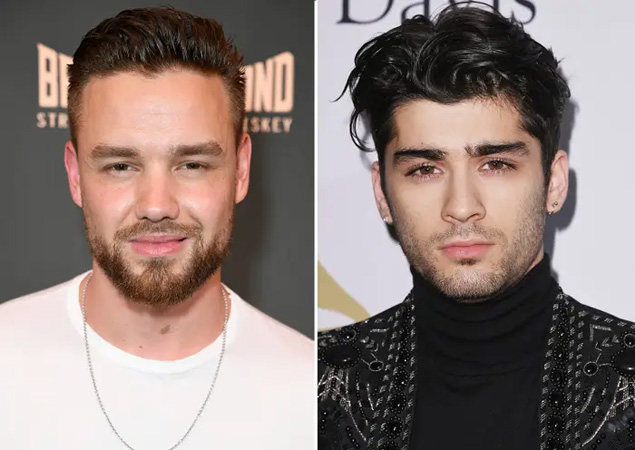 Liam Payne is sharing where he stands with Zayn Malik. The topic of his former One Direction bandmate came up during the May 31 episode of Impaulsive with Logan Paul in which Logan recalled a 2020 incident involving his brother Jake Paul and Zayn in Las Vegas. At the time, Jake had accused Zayn of having “an attitude” and basically telling him to “f–k off for no reason.” However, this didn’t sit well with Zayn’s then-girlfriend Gigi Hadid, who called Zayn a “respectful king” and Jake an “irrelevant ugly ass” on Twitter.

Looking back at the exchange two years later, Liam said Gigi’s tweet “didn’t age very well.” Gigi and Zayn, who share 20-month-old daughter Khai, broke up last year amid reports he’d gotten into an argument with her mom Yolanda Hadid at the Pennsylvania home he shared with Gigi. According to a police report obtained by E! News in 2021, Zayn was accused of acting with “intent to harass, annoy or alarm” Gigi-who had been away at the time-and Yolanda and communicating “lewd, lascivious, threatening or obscene words.” The report said he also “allegedly grabbed and shoved” Yolanda. Zayn pleaded no contest to four counts of harassment and adamantly denied striking Yolanda, calling the allegations “false.”

According to court documents obtained by E! News, he faced up to 90 days of probation for each count. In addition, the documents stated Zayn was required to complete an anger management class, as well as be screened for, and if approved, complete a domestic violence supervision course.

Liam said his “parents are overly supportive to the point where it’s annoying at times” and that “Zayn had a different upbringing in that sense.”

“You can always look at the man for where he is and say, ‘Oh yeah, whatever, that guy’s a d–k,’ right?” he continued. “But at the end of the day, once you understand what he’s been through to get to that point, and also whether or not he actually even wanted to be there. And also, I’m so misunderstood by myself more than anyone. Like, I don’t know what I’m doing or why I’m here. It’s like I can’t sit here and d–k on him because of whatever. And listen, I don’t agree with any of his actions. I can’t commend some of the things that he’s done. I can’t be on his side for that. What I can say is I understand and your only hope is that at some point in their life the person on the other end of the phone wants to receive the help that you’re willing to give them. ”

Liam, who recently made headlines over his split with Maya Henry, and Zayn were part of One Direction along with Harry Styles, Louis Tomlinson and Niall Horan. The group formed on The X Factor in 2010, and Zayn left the band in 2015 before One Direction went on an indefinite hiatus later that year.

E! News has reached out to Zayn’s rep for comment but has yet to hear back.