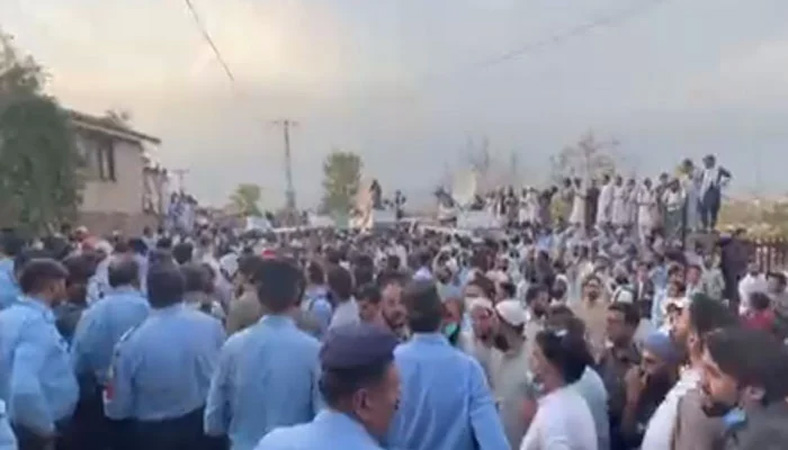 Government teachers from Khyber Pakhtunkhwa (KP) have decided to hold a sit-in outside PTI Chairman Imran Khan’s home in Islamabad’s Bani Gala area until their demands are met.

The teachers, demanding regularization and other benefits, arrived in the capital to protest near Khan’s residence. But, after their failed negotiations with the PTI leadership, they have decided to march towards his house.

The teachers had first gathered at the Bani Gala Chowk but turned their protest into a sit-in after the PTI chairman refused to listen to their demands. Teachers from far-flung areas of the province have come to Islamabad to take part in the protest.

The protesters are demanding that the 58,000 ad hoc teachers of the province should be regularised from the date of appointment. They said that the provincial government is making them permanent employees from July 1, 2022, onwards.

They are also demanding that seniority should be preferred and an annual increment from the date of appointment should be added. “We are working on contract in KP since four years. We protested in Peshawar as well but no one heard us,” said one of the protestors. They added that they had no other option but to protest outside Bani Gala and urged Imran Khan to accept their demands.

When the teachers were protesting at the Bani Gala chowk they encircled the car of PTI leader Fawad Chaudhry.

“We received calls from Murad Saeed asking us to go back to Peshawar and [hold] protest there,” said Rehman, a protestor. The teachers claimed that they have been terminated for protesting but they are determined to continue it till their demands are met and a notification is issued.