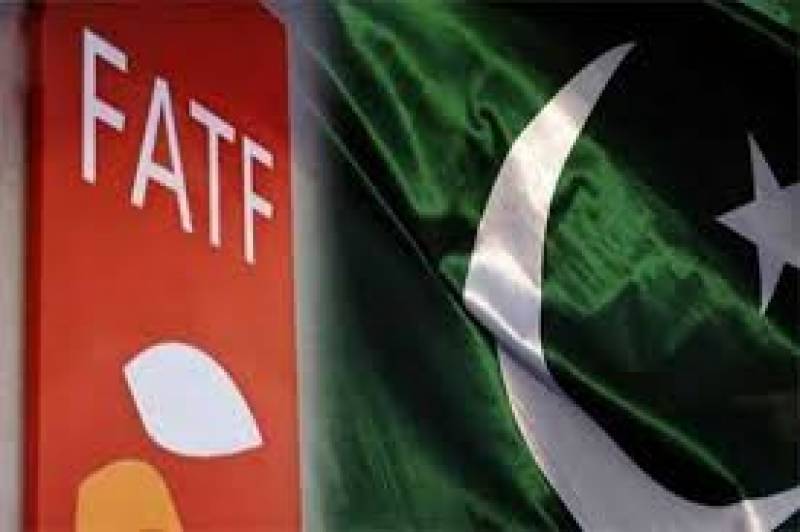 Marcus Pleyer, outgoing President of FATF, stated that Pakistan is not being removed from the Grey List immediately. However, it will be removed if the on-site visit finds that its actions are sustainable. So interpreted, it clearly means, the steps being implemented for Pakistan’s AML (anti-money laundering) and CFT (combatting the financing of terrorism) reforms are long-termed, and that the political set-up is committed to see it through.

The placement on the grey list makes it tough to attract foreign investment, and for global banks to conduct business in the marked country. It also makes it very difficult to export and import products and services, conduct remittances or get creditors. The Paris-based watchdog had included Pakistan in its “Grey List” – a list of countries that have strategic deficiencies in their regimes to counter money laundering, terror financing and proliferation financing, but which have formally committed to working with the task force to make changes under increased monitoring – in 2018.

The statement issued stated, “”In particular, Pakistan demonstrated that TF (terror financing) investigations and prosecutions target senior leaders and commanders of UN-designated terrorist groups and that there is a positive upwards trend in the number of ML (money laundering) investigations and prosecutions being pursued in Pakistan, in line with Pakistan’s risk profile.”

Pakistan had two options on which to build her strategy on: a) making a strong statement that the country has banned stated organizations as well as individuals associated with them, arrested some, placing them under trial while seizing their assets, and: b) stating categorically that these outfits are charity organizations working for welfare of the people and not even remotely associated with terrorist activities, presenting facts and data to the effect. There was no third option. Steps have been taken in light of Option A. Laws of fund remittances too have been tightened. Anti-money laundering law was dove tailed with income tax laws. Hafiz Saeed, founder of Lashkar-e-Taiba (LeT), the armed group blamed by the United States and India for the siege in Mumbai in 2008, was sentenced by a Pakistani court to 31 years in prison in two cases of terrorism financing in April 2022.

Officially, Pakistan has not been cleared from the list. The watchdog said that FATF will “monitor the COVID-19 situation and conduct an on-site visit at the earliest possible date”. The impact of being on the grey list for a country like Pakistan depending heavily on foreign financial support cannot be undermined. It took Pakistan three years to get off the list when placed on it in 2012. The issue is, Pakistan must realize that the world has zero tolerance for nations on the dole trying to flex muscles. In 2018, Pakistan was placed on the grey list and handed over a 27-point action plan to fulfill to get off the back bench. ‘The 27 Action Items for compliance pertaining to prosecutions, money laundering, terrorism financing, and targeted financial sanctions to choke the flow of funds to designated terrorist organizations, terrorists and their associates.’ Daily Sun quoting The Taiwan Times as a source states that the FATF does not have the means to verify the data presented by Pakistan. It trusts the information provided by the Government, as a result of which it has cleared 24/27 Action Items. At some point, however, the FATF also looks at the efficacy of the measures that have been claimed to have been implemented. It is here then that the optics become much more important. For example, the decision by the Pakistan Supreme Court to release Omar Sheikh. Sheikh was the main person accused in the murder of Daniel Pearl. Former Senator Afrasiab Khattak tweeted, “For Pakistan, commencement of the process of getting off the grey list is good news. But haven’t we been here before? What about the “strategic assets” of the security state like Taliban, LeT, JeM and others? Any possibility of implementing 8 years old National Action Plan?” [10:29 PM o Jun 17, 2022]

Pakistan’s efforts to meet the 27-Point Action Plan was coupled by diplomatic measures. Crucial discussions reportedly took place when Prime Minister Shehbaz Sharif, Foreign Minister Bilawal Bhutto Zardari and Minister of State for Foreign Affairs Hina Rabbani Khar visited different countries to win support to beef up Pakistan’s steps on ground in order to dig her out of the FATF grey list. It is important for Pakistan to get off the grey list if she wants aid from WB, IMF, the European Union and the Asian Development Bank (ADB) smoothly without the painful hiccups.
It is an unfortunate trait of Pakistan’s policies that are mostly reactive, rather than well thought out and in line with national interests. Irrespective of which government comes and which government goes, the policies that steer Pakistan out of murky waters must be followed.