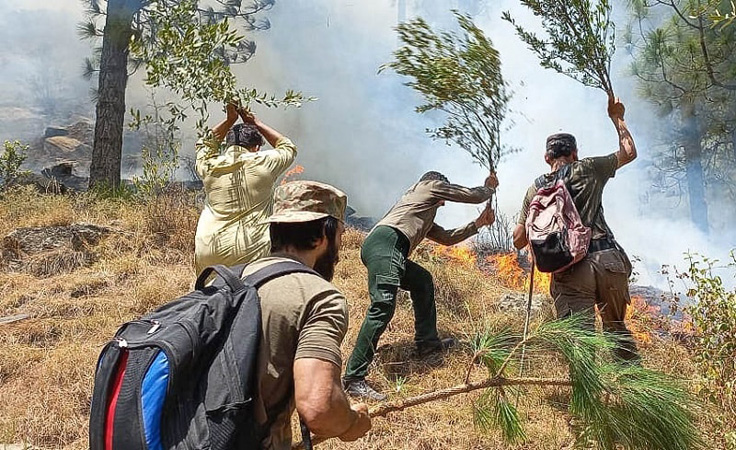 Fresh fires erupted in the mountains and forests of Swat on Monday as authorities claim to have doused over 70 fires in different locations of the district since June 1. According to district administration officials, an operation was underway to control the fresh fires, which broke out in the hills of Babuzai, Barikot, Charbagh, Khwazakhela and Kabal tehsils. Meanwhile, the fire in the mountains of Marghuzar – a popular tourist destination in Swat – could not be extinguished on the third day as it extended to Manyar, Gahalegey, and other mountains of Barikot tehsil. Officials said a fire dousing operation was underway in the mountains of Marghuzar and other areas where fresh fires erupted. Teams were dispatched to the hills of Shamelai Sangota and Muhammad Baig in Babuzai tehsil; Shalhand in Kabal tehsil; Amlookdara, Ghalegey and Manyar in Barikot tehsil; Toha in Charbagh tehsil; and Chinkolai in Khwazakhela tehsil.