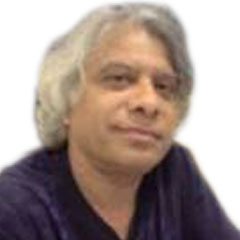 The State of Medina and the IMF

“If you have tears, prepare to shed them now,” Mark Anthony holding Caesar’s mantle divulges to the Romans. Let’s not pose the identical question to the working-class people in Pakistan, for consumed by the grief they have already spent their tears and with the spectre of scarcity dancing all around they have too much at stake to care for, and the tears are left to the crocodiles who will shed them while tearing their economics apart. Drenched in despair, they are gazing upon their schizophrenic messiahs whose faces are changed but the uncloaked masters remain the same.

The latest circus staged by the Praetorian guards has given the country an appearance of a symposium, not of Plato’s but of idiots where everyone standing in the arena is shouting hoarsely about democracy and freedom without the faintest idea of either. Despite his dismal performance as premier, the shriek of the charismatic man of destiny who drew his power and earned his ex-communication both at the barrel of the gun is the loudest. The other side comprising the dynastic rulers, regaining the crown for the fourth time is equally inept, having neither will nor insight to overcome the gigantic challenges of a failing economy of a melting state. No one has any solution, at least none in sight, not even the Macbethian hand holding the dagger, whose bountiful but prodigal generosity of preferring one side over the other has backfired bringing public disgrace, a stunning blow to its inflated ego but not its interests. “The crimes once exposed,” Tacitus says, “have no refuge but in audacity.”

Before the Nazis stole power, Marxism was deeply ingrained in the psyche of German society, to the extent Marcuse says, that to convey the divine message even the church had to borrow the communist terminologies. To muster his support among the German people, Hitler could not help but to associate his ultra-nationalist party with socialism. Pakistani society, on the contrary, has leaned over the religious lexicon to express its socio-economic realities. It started with Objective Resolution but as the class antagonism sharpened, an allusion to some fictional “state of Medina” was added to divert the attention of the masses from the real problems. For any territory to be qualified as a state, certain preconditions have to be met. It must have a community of historically evolved people, clearly demarcated territorial boundaries, and a community of economic life which was impossible in the dark ages. The biological and religious ethnic communities do not form a state, this leaves a question mark upon the statehood of both Pakistan and Israel, the latter has no defined borders and 20 per cent of its population suffers apartheid with no rights. Incidentally, both are not nation-states but racial and religious ones and are surviving by expropriating their minority population.

The latest circus staged by the Praetorian guards has given the country an appearance of a symposium, not of Plato’s but of idiots.

The proverbial state of Medina, led by its former jihadi premier, knelt before the IMF for the thirteenth time. He was the one who with all his religious pride had no qualms in surrendering his federal bank to the international financiers. Living on the knees or dying on the feet is an attractive slogan but only when one is in opposition. Living like a sovereign independent state free from American imperialism is a glorious dream but one needs to organize a society that first abolishes the conditions of slavery. None of the ruling groups has either the will or the appetite for it. The tried and tested faces leading the coalition had never failed to use the religious card when it gratified their ends and are beholden to deeply compromised and tainted past and even present. No prime minister can hold their post if they are required by the police looking to arrest them on the charges of corruption, but such people are handy; they work as assassins of metropolitan capital and heap the financial burden on the expropriated masses on the false pretext of “saving the country.”

Both groups vying for power, agree on the privatization of the national resources, including education and health. There is a broad consensus to keep the people, mere spectators and not participants in the management of their affairs. Through illusions and emotional slogans, people are asked to follow and not to think and demand their basic rights of living a dignified life. Both sides have their gaze fixed on elections as if power and not the structural changes in the system are the keys to pulling Pakistan out of the mire.

Every government that comes to power is caught up in the growth fever, the most convenient way of enhancing the growth rate is to start the construction activity. During the recession of 2007, the Chinese followed the identical course to bring the capitalist economy of the world back on the saddle. They bought more cement, iron ore, and construction material from Australia, Chile, and a few other South American countries in three years than the total amount purchased by the US in a century, hence bailing out the capitalist system from recession.

This is exactly what Pakistan needs to avoid. If it does not involve infrastructural development, the construction sector is one of the most unproductive sectors, which provides a sudden boom to the economy, but once the construction is over, the bust follows. To overcome the recession, the Chinese built several cities and many of them are still lying unpopulated. To pursue growth, every Pakistani government backs the construction mafia. Land with no congealed human labour contains no value, but it has a price as one’s conscience or honour has, which can be sold and bought in the market to bring fortune to the individual. Speculation in the land, the most unproductive activity is the easiest way to enrich oneself. The state needs to curb this parasitic business through massive taxation; the money can flow to science and technology if such an activity is channelled by the state. Housing is a human necessity. In a country of over 200 million, the state cannot leave its people at the mercy of wolves and shylocks that provide houses, health, and education to a minority by maximizing their profits.

Even the most neo-liberal western states have not rolled back their health and education programs, the British NHS is one example. Their largely fossil fuel-driven economies are gradually shifting to green technology. Pakistan can gradually move to solar and windmill technology which would save it from the huge import bill, subservience to the Saudis, and their religiously fanatic ideology but for that to happen Pakistan needs to excel not only in science but also in technology. The growth model of Deng Xiaoping is worth studying that brought China from a backward country to the second biggest power in the world. When China opened itself to the western markets it did not borrow a penny from the international financial institutions and openness was conditional upon having complete access to science and technology to the Chinese. The privatization of our educational institutions and replacing them with profit-driven enterprises will not create scientists and researchers but job hunters. Even in advanced capitalist societies, scientists are the only workers who do not work with working hours fixed upon their watches, that is why their missionary zeal has blunted the lethal Corona in a year.

A ban on imports of luxury items can be beneficial only if it is followed by massive taxation on the privileged classes. The American dream of the 1970s had a lot to do with the heavy taxation (nearly 80 per cent) paid by the dominant classes to guard themselves against the “red scare.” Pakistan facing an existential threat to its survival needs to rein in all unproductive spending including the defence budget, an unproductive waste. Unlike China, the Pakistani army is not a workers’ army hence it cannot be part of the politburo, it has to be where it belongs, in the barracks away from the political and ideological arenas. The bells of the civil war are tolling, the superadded coercion will weaken the already questionable geographical borders of the state. Pakistan needs to reconsider its adherence to the neo-liberal theology that enriches its elite as it sinks the majority into poverty. The neo-liberal capitalism is a womb of Balkanization, but the ruling class of Pakistan will not heed the ominous signs for parasites do not care about the survival of their host.