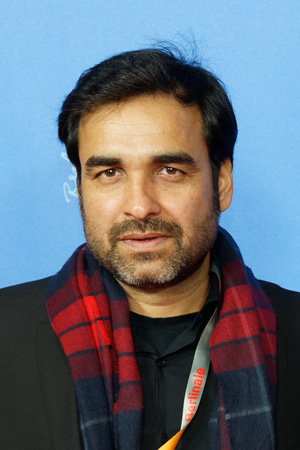 After a two-year lull, a glittering event of IIFA Awards was held in Abu Dhabi’s Etihad Arena on June 4 while Bollywood star Pankaj Tripathi, who has a huge following in Pakistan, has sent his love to them from the green carpet of the awards ceremony.

In a video circulating on social media, Tripathi said, “Thank you to all Pakistani fans. I know people from Karachi, Lahore and Rawalpindi send me messages and I send them my love.”

The 22nd edition of the International Indian Film Academy Awards or IIFA was a five-hour-long ceremony, but there wasn’t a second that made you yawn. Just like any good Bollywood potboiler, the night was filled with action, drama, dance and masala.

Spectacular dance performances, witty exchanges between stars, and fashion-forward moments were the mainstays of the big night.

Tripathi lifted the trophy for Best Actor in a supporting role for his riot of a performance in the movie “Ludo”. The movie’s writer and director Anurag Basu was awarded Best Story Original for the smash hit black comedy.

It is pertinent to mention here that Pakistani artists Nabila and Tabesh Khoji were spotted at the green carpet chit-chatting with the B-Town celebs. Nabila and Tabesh were also giving their services for makeup and styling for the event.