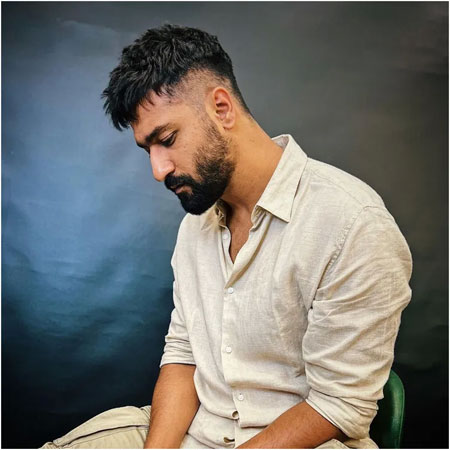 Bollywood star Vicky Kaushal has joined the groovy trend of The Punjaabban Song on social media. The Raazi actor teamed up with his pal and director Amritpal Singh Bindra for the jamming on the trendy track from the movie Jugjugg Jeeyo.

On Tuesday, the ‘Sardar Udham’ actor treated his 13.8M followers with the video. The actor left fans in awe with his killer dance moves.

Vicky and Bindra danced to the hook step from the song. Sharing the video, the Masaan actor wrote, “As Punjabi as it can get!!! Loved dancing to #NachPunjaabban with my brother @bindraamritpal. Our love and best wishes to the Team of #JugJugJeeyo … @varundvn @kiaraaliaadvani @anilskapoor @neetu54 @manieshpaul @mostlysane @raj_a_mehta @karanjohar @apoorva1972 @dharmamovies.”

Vicky Kaushal shakes a leg to The Punjaabban Song from Jug Jugg Jeeyo, with Amritpal Brinda

The video garnered massive praise in no time. As fans showered the post with love, actor Varun Dhawan, who features in the original video, called the duo, “Funjabis in the house.”