LAHORE: Late Jamil Ahmed, widely known as Jimmy in tennis playing circles, was a consummate, masterly and proficient tennis player of the seventies and early eighties. He had a fulfilling time on the national tennis arenas and attainments included six national titles, a bolstering appearance in the Wimbledon as a sixteen years old, a fortifying representation in Davis Cup encounters and upholding the national flag in the Asian Games 1978. Otherwise in good physical trim and commendatory health, his sudden demise on the May 18th grieved many hearts encompassing his adored and treasured ones like his only daughter Misha Ahmed, his tennis playing aunt, Zuleikha Nisar, and a sizeable number of tennis playing mates all over Pakistan and esteemed comrades at Lahore Gymkhana Tennis Courts where he would consume most of his time giving coaching to young ones and free technical tips to eager and enthusiastic seniors that served as flattering game playing stimulants and enhanced shot control accuracy. 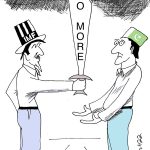