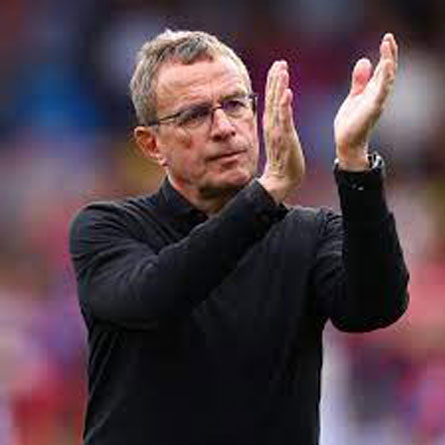 LONDON: Manchester United announced Sunday that Ralf Rangnick has decided against taking up a consultancy role with the English football giants due to the demands of his new job as Austria manager. The German took charge of United on a caretaker basis for the last six months of the recently concluded 2021/22 season after Ole Gunnar Solskjaer was sacked in November. Rangnick led the club to a sixth-placed finish in England’s top-flight with 58 points, their lowest total in the Premier League era, as they just did enough to qualify for the second-tier Europa League. The 63-year-old had been expected to stay at Old Trafford for the next two years in a consultancy post, but last month he was appointed as the new manager of Austria and it appears holding the two jobs at once is no longer a viable option. “We would like to thank Ralf Rangnick for his efforts as interim manager over the past six months,” said a United statement. “By mutual agreement, Ralf will now focus solely on his new role as manager of the Austria national team.”