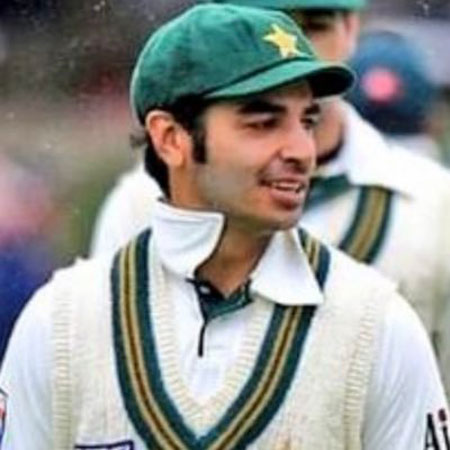 LAHORE: Former Pakistan captain Salman Butt has been roped in by Singapore Cricket Association in the role of a consulting head coach for the national side for the 2022 season. He will be assisted by local support staff with former Pakistan women’s team trainer Jamal Hussain, who will join the team as fielding coach and trainer. Singapore, an affiliate country at ICC since 1974, will play three major tournaments in a bid to find a berth among the ICC marquee tournaments in the next five months. Singapore Cricket Association chief executive officer Saad Janjua confirmed that Salman will be staying in Singapore and will travel with the team as head coach under a consultant contract. The season will have three qualifiers during Salman’s scheduled tenure — ICC T20 World Cup Qualifiers in Zimbabwe in July, the Asia Cup qualifier in August in Sri Lanka and the ICC Men’s Challenge League A in Canada — a tournament meant for the ICC’s ODI World Cup qualification. This will be Salman’s first major coaching job after calling off his playing career in 2020. He was reintegrated into the system in Pakistan in January 2016 after serving a five-year ban for his part in a spot-fixing scandal in 2010. Despite hitting form on the domestic circuit for a number of seasons, reselection for the Pakistan national team, despite being close, never quite materialised, leading to Salman’s decision to retire, and seek out a commentating and analysis role. He was handed two games by Lahore Qalandars in 2019, but that failed to materialise into anything further despite strong showings on the domestic T20 circuit in the seasons preceding it. He was understood to be on the cusp of reselection to the Test side for Pakistan’s tour of the West Indies in 2017, but shortly before the squad announcement, news of the 2017 spot-fixing scandal (unconnected to Salman) broke, and the selectors opted against selecting him. He withdrew from the Quaid-e-Azam Trophy the day before the tournament started in 2020, effectively concluding his playing career.