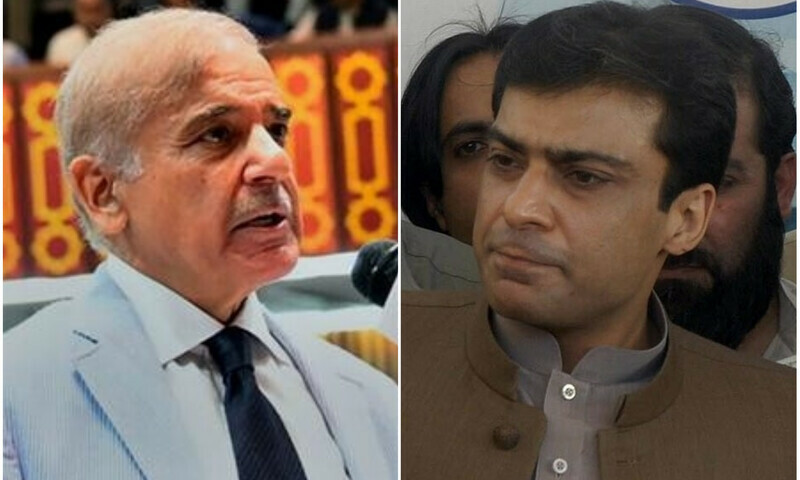 LAHORE: A special court on Saturday extended the interim bail of Prime Minister Shehbaz Sharif and his son Punjab Chief Minister Hamza Shehbaz, till May 28 in a case registered by the Federal Investigation Agency (FIA).

PM Shehbaz Sharif, Hamza Shehbaz and others appeared before the court and got their attendance marked.

The judge remarked that a magisterial court had completed the procedure against the absconding accused.

Advocate Amjad Pervaiz, counsel of Shehbaz Sharif, submitted that it had been alleged that the offences were committed from 2008 to 2018, but the first information report (FIR) was registered with a delay.

He further submitted that the previous investigation team had made various allegations in the FIR, but many of them were not made part of the challan. There was a huge difference between the FIR and the challan, he said, adding the former adviser accountability headed the investigation against Shehbaz Sharif.

Amjad Pervaiz submitted that a baseless propaganda had been pursued against the accused for one-and-a-half years in the case and they had to face defamation without any evidence.

The court remarked that it had already passed orders of declaring the accused absconders.

However, Special Prosecutor Farooq Bajwa replied that the accused could take advantage if any legal procedure was not completed.

The court observed why the prosecution remained silent for four months on the matter.

The prosecutor replied that proceedings against the absconders should be completed.

At this, the court reserved its verdict on the application for declaring the three accused as absconders and continued proceedings.

Prime Minister Shehbaz Sharif submitted that on the former PM’s instructions, the  NCA (National Crime Agency – UK) conducted investigations against him but he was found innocent.

He said the corruption cases against him were politically motivated. He served the nation for 10 years as the Punjab chief minister, and never took any salary and also bore fuel expenses of the official vehicle from his pocket.

Advocate Amjad Pervaiz submitted that the FIA first sent a questionnaire to his client in jail on December 18 and then held investigations from him (in jail) on January 8, 2021.

He stated that the Lahore High Court (LHC) granted bail to his client on merit in the said case and the FIA issued notices to his client on June 15, 2021 after remaining silent for five months.

He submitted that Shehbaz Sharif and Hamza Shehbaz believed in the supremacy of law and appeared before the court despite being prime minister and chief minister, respectively.

Amjad Pervaiz requested the court to guide him about the court, competent to hear the matter. It was yet to be seen that if an offence had been committed. There were many issues in the case. The decision of bail should be made as per judgments of the Supreme Court, he added.

The court asked Amjad Pervaiz for completing arguments on the bail request.

However, the FIA prosecutor submitted that arguments could not be completed today as he had to advance his arguments as well whereas the investigation officer was also not present.

Amjad Pervaiz requested the court to allow the accused to leave the court, adding that he would advance arguments as far as possible.

“If we hold the case hearing on daily basis, even then it is not possible to complete the arguments in less than a week’s time as there are other accused in the case also and their counsel will also advance arguments in the matter,” he added.

At this, the court adjourned the hearing for a short time.

As the proceedings started later, Advocate Amjad Pervaiz argued that not a single penny was transferred to the account of Shehbaz Sharif from 14 accounts in question during the period of 10 years. There was no evidence that Shehbaz Sharif ever received any money from the accounts, and only false allegations were levelled against him, he added.

Subsequently, the court adjourned the case till May 28 and extended the interim bail of Shehbaz Sharif and Hamza Shehbaz.

Earlier, at the start of proceedings, the court expressed serious annoyance over lack of discipline outside the courtroom and observed that his vehicle was also stopped from entering the premises.

The Superintendent of Police Civil Lines appeared before the court and submitted that the incident took place due to lack of coordination and promised that action would be taken against those responsible.