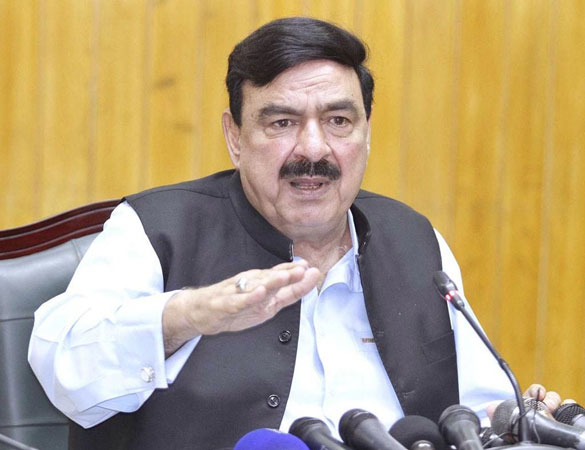 Suggesting that a caretaker government could soon replace the current Shehbaz Sharif-led administration, Awami Muslim League chief Sheikh Rasheed Ahmed Wednesday claimed that some of the economists were being interviewed for the slot of caretaker prime minister in Rawalpindi and Islamabad. Speaking to reporters in Rawalpindi, Rasheed criticized the new government saying it was unable to run the country and was trying to find excuses such as the need to seek IMF support. Sheikh Rasheed said the federal government was left with a very thin majority of one vote and may not stay in power for a long time as the government coalition would break in the face of first tribulation.

They are begging the courts to grant them one year guarantee to continue their rule while they are also begging to stop the long march, the former minister said.

He said fortunately the entire nation supported Imran and the long march. Gujranwala gathering would be held today (Wednesday) and followed by Multan rally on May 20, in which Imran will give a call for the march, the former interior minister said.

“It would be better if the election will take place before the long march.” On the question of the SC verdict about Article 63-A, he said the judiciary and establishment have their own roles and they respect them. Sheikh Rasheed said the verdict was in favor of Imran and he appreciated even the verdict that came at midnight.