All provinces to develop industrial clusters under CPEC: Ahsan Iqbal

* Clusters to be developed according to comparative advantage of each unit 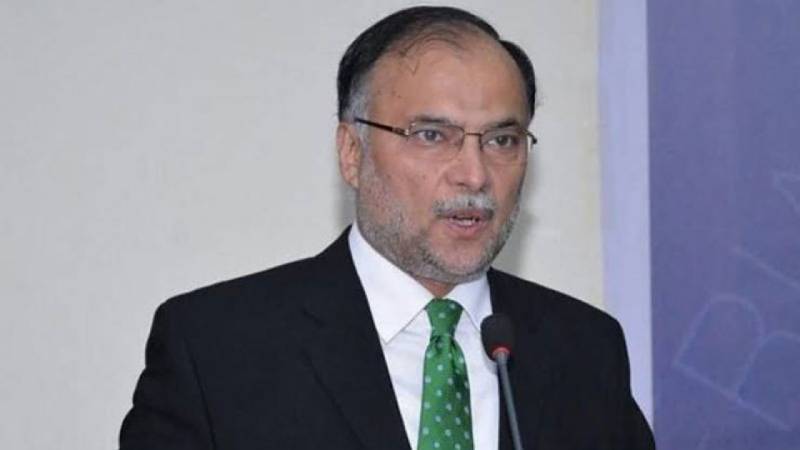 The China-Pakistan Economic Corridor (CPEC) has a portfolio of projects in different provinces in Pakistan, depending upon their requirements and their areas of competency.

In addition, based on different comparative advantages, every province will develop its own cluster of industries, Federal Minister for Planning, Development and Special Initiatives Ahsan Iqbal said in an exclusive interview with China Economic Net (CEN).

As the minister put it, such a portfolio will bring more investment and create more employment opportunities for the youth from that province.

Take Balochistan as an example. CPEC (China-Pakistan Economic Corridor) is focusing on the development of Gwadar, where it also provides – besides developing the port infrastructure – facilities for medical care, education, technical education and livelihood of the locals. “We are also working to provide clean drinking water to people of Gwadar and also a power generation station to generate electricity for the area,” Ahsan Iqbal further said.

“CPEC connects Pakistan with the Belt and Road Initiative (BRI) of China. And through BRI and CPEC, Pakistan can be linked with the global supply chains more easily,” the minister pinpointed.

At the moment, many jobs are being relocated from China to countries where cheaper labour is available. In addition, Pakistan with the CPEC connectivity has a very good opportunity to absorb most of this relocation.

“We hope that when the special economic zones in each province are ready, they will attract considerable investment in the relocation of Chinese industry that will bring more job opportunities in the region and also help Pakistan move up on the industrialization part,”t Ahsan Iqbal added.

In the second phase of China-Pakistan Free Trade Agreement (CPFTA-II), China has bought down tariffs to zero for Pakistan on 313 high-priority tariff lines. The new FTA, the minister noted, offered more opportunities for promoting trade between both countries.

However, the challenge faced by Pakistani businesspersons and enterprises is to enter China with more information and knowledge about its market. Traditionally Pakistani enterprises have been doing business with Europe and the United States and they had little understanding of the Chinese market. Now the chambers of commerce and industries are being guided, and they are being encouraged to have closer cooperation with their Chinese counterparts.

“As I see it in coming years, there will be greater cooperation between Pakistani and Chinese enterprises,” said the minister. In addition, this offers great promise in light of the long-term plan of CPEC that envisages cooperation in all dimensions of economy, agriculture, industry, technology, service, education, health and so on.

“We hope that this cooperation will fully blossom in all areas and there will be greater connectivity between China and Pakistan,” Ahsan Iqbal told CEN.

However, “We must be mindful that there are some forces which are enemy of CPEC, which do not want CPEC to move forward,” the minister said. While strongly condemning the terrorist attack on a shuttle van of Confucius Institute at the University of Karachi last month, he said that the government has devised a strategy for greater coordination amongst all security agencies and organizations to ensure foolproof security to the Chinese working on CPEC projects.

The minister noted the best way to defeat such forces is not to let such incident impact the speed of CPEC and to increase the implementation of CPEC so that they get the message that through such cowardly acts, they will not be able to stop the progress of CPEC.