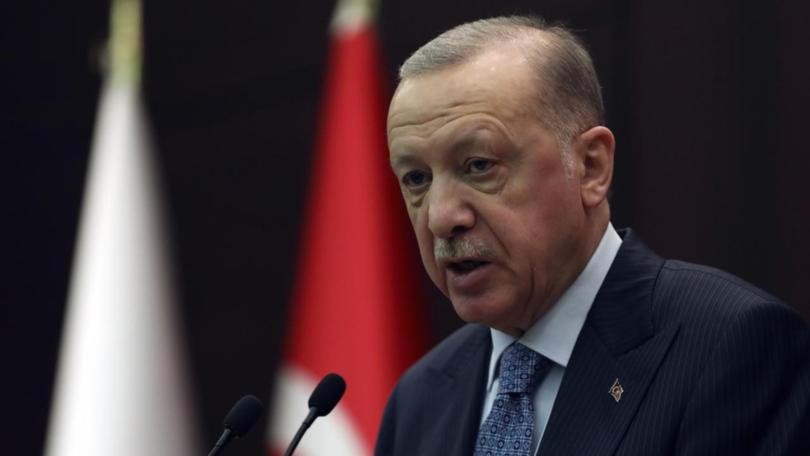 Istanbul: President Recep Tayyip Erdogan on Friday said Turkey did not have a “positive opinion” on Finland and Sweden joining NATO and accused Scandinavian countries of harbouring outlawed Kurdish militants.

“We do not have a positive opinion. Scandinavian countries are like a guesthouse for terror organisations,” Erdogan told journalists after Friday prayers in Istanbul. Erdogan said Turkey’s former rulers “made a mistake” by giving a greenlight for Greece’s NATO membership in 1952.

“We, as Turkey, do not want to make a second mistake on this issue,” he said. The Turkish leader accused Scandinavian countries of sheltering members of the Kurdistan Workers’ Party (PKK) and the far-left Revolutionary People’s Liberation Party-Front (DHKP-C).

After its powerful eastern neighbour invaded Ukraine on February 24, Finland’s political and public opinion swung dramatically in favour of membership as a deterrent against Russian aggression. Finland and Sweden have long cooperated with NATO, and are expected to be able to join the alliance quickly.

NATO member Turkey has supplied Ukraine with combat drones, but has shied away from slapping sanctions on Russia alongside Western allies. But since Ankara enjoys good relations with Kyiv and Moscow, it has been mediating for an end to the conflict and offered to host a leaders’ summit.