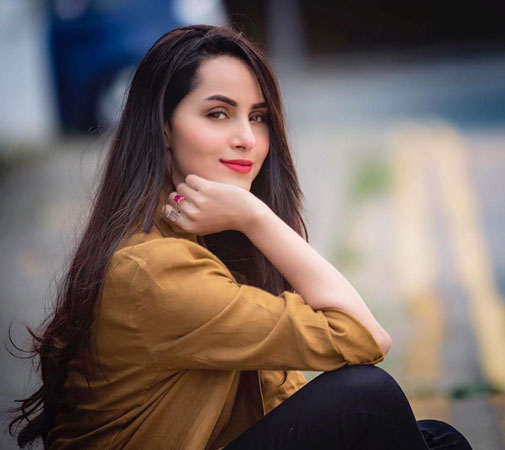 Pakistan’s leading actor Nimra Khan finally broke silence on divorce from her former husband. During her recent outing at a chat show, Khan touched upon the trauma and physical abuse she faced while being in the marriage with former husband Raja Azam. “Now I would like to talk about it,” she told the host, prominent actor Ahsan Khan.

“I never talked about it before, now I will talk about it as there is nothing hidden,” she added.

“I want to tell that every story has two sides, the happy pictures with husband were what I was showing to people but what was happening with me was something not to be shared with,” elaborated the ‘Bhool’ actor. “You should tolerate abuse to an extent, when it intensifies and exceeds from level of tolerance, one should leave right away, take a decision and move on.” Furthermore, she acknowledged the support from her family during the tough times and urged all the parents to give that confidence to their daughters.

About her ‘amazing’ fans, Nimra Khan said, “They remained with me through thick and thin. My fans only accept me as a smiling face, I wanna smile for them.”

Nimra Khan tied the knot with Raja Azam, a London-based police officer, in 2020 at a close-knit ceremony. Rumors regarding their separation began circulating on the internet during the following year, which was later confirmed by her former husband.