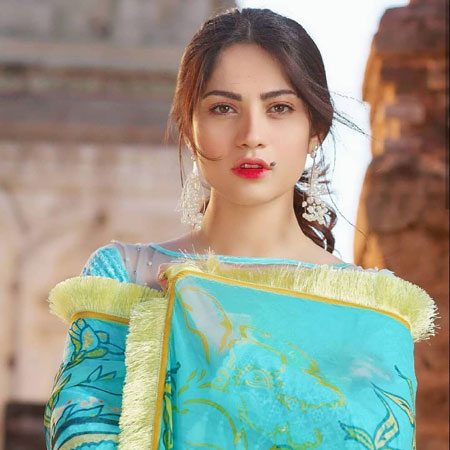 Actress Neelam Muneer refuted the rumours regarding her engagement and marriage in an Instagram story.

“Hi everyone, I’m not engaged or getting married,” the actor wrote on the social media platforms. “All the rumours are 100% wrong.”

Earlier, Neelam Muneer – in an interview – said the fans will come to know about her marriage which will be a simple affair.

She came as a guest on the ARY Digital morning show Good Morning Pakistan and replied to interesting questions by its host Nida Yasir and husband Yasir Nawaz.

During the show, Nada Yasir told Yasir Nawaz to let’s find a relationship for Neelam Muneer. He took the name of actor Imran Abbas.

The actor did not raise any objection to this but said that Imran Abbas is alright. She said he is a good man and likes him.

Moreover, she is one of the most followed celebs on social media, with at least 5.9 million Instagram users following her on the application.

Neelam Muneer has proved herself as one of the most versatile and celebrated actors in the entertainment industry thanks to her performance in stellar serials and films. The actor is currently seen in the ARY Digital serial Pyar Deewangi Hai.