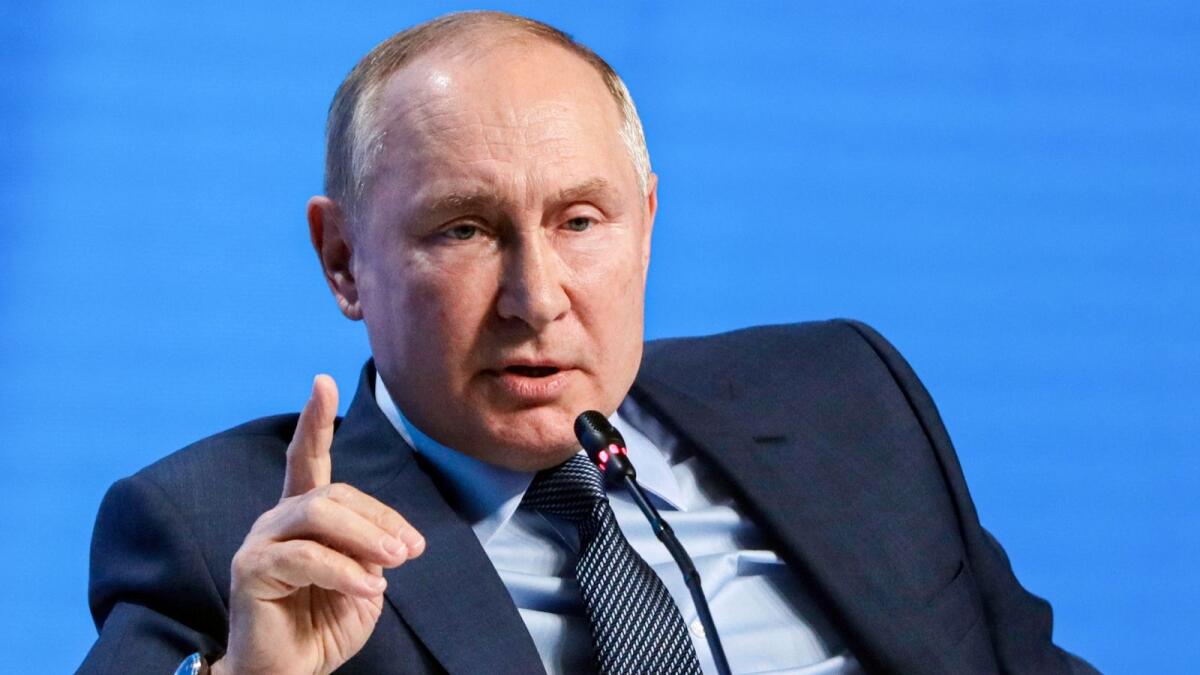 Moscow: President Vladimir Putin said Monday that Russian forces in Ukraine were defending the motherland from an “absolutely unacceptable threat,” as he opened the annual parade marking victory over Nazi Germany in World War II.

Putin told thousands of troops gathered in Moscow’s Red Square that Russian forces in Ukraine were continuing the battle against Nazism, but that it was important “to do everything so that the horror of a global war does not happen again.”

Addressing Russian forces in Ukraine, he said: “You are fighting for the Motherland, for its future, so that no one forgets the lessons of the Second World War.”

Putin blamed Ukraine and the West for the conflict, saying Kyiv and its allies had been preparing “an invasion of our historical lands” including in the Russian-speaking Donbas region and in Crimea, annexed by Moscow in 2014.

“An absolutely unacceptable threat to us was being created, directly on our borders,” Putin said, pointing to NATO weapons deliveries to Ukraine and the deployment of foreign advisors.

Russia had no choice, Putin said, but to undertake a preemptive response to aggression, calling it “the only right decision” for a “sovereign, strong and independent country”.

Russia was on Monday marking the 77th anniversary of its defeat of Nazi Germany with parades and marches, including the main celebration in Red Square featuring some 11,000 troops and more than 130 military vehicles.