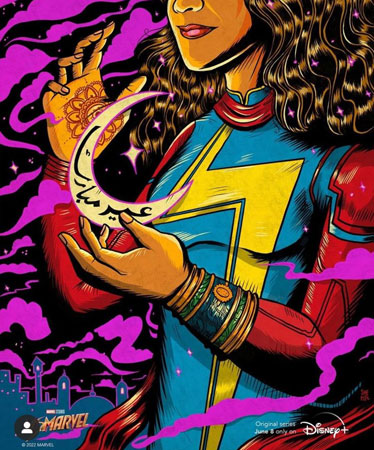 Bollywood actor-filmmaker Farhan Akhtar will be part of the cast of Disney Plus’ upcoming series Ms Marvel. According to Deadline, details regarding the character are under wraps, though his participation has been couched as a guest-starring role. Ms Marvel is set to premiere on June 8 and introduces Iman Vellani as Kamala Khan, aka the titular character, who is a Muslim American teenager growing up in Jersey City.

Last year, it was speculated that the actor has apparently bagged an international project with Marvel Studios and unconfirmed sources had said that he has started shooting for the project in Bangkok, Thailand, even though Disney, who owns Marvel Studios, had refused to comment on the matter.

She added, “The Walt Disney Company and Marvel Studios have a special announcement to make. Marvel Studios’ new original series Ms Marvel will be released exclusively in cinemas only in Pakistan, through their licensee HKC Entertainment.”