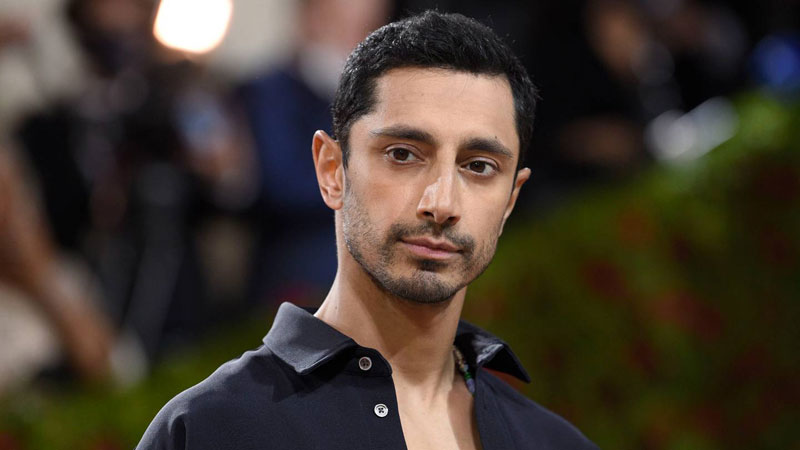 It wasn’t just the over-the-top glamorous gowns or capes that got our attention at this year’s Met Gala. British-Pakistani actor Riz Ahmed’s co-ord set gave a new definition to Met Gala’s Gilded Glamour theme as he paid homage to immigrant workers of that era.

Many stars walked the red carpet on May 2 this year but what was least expected was Ahmed’s navy blue co-ord set paired with boots. The Venom star was dressed as an immigrant labourer in an undone silk navy blue jacket by designer 4S Designs, a white tank top beneath and matching navy blue drawstring pants with knee-high leather boots.

He finished off the look by wearing some jewellery pieces by Cartier. Ahmed told Vogue on the red carpet that the pieces were inspired by Islamic jewellery that came from India. When asked about the outfit and the look overall, he said, “This is an homage to the immigrant workers who kept the Gilded Age going.”

“In thinking about the Met Gala theme of ‘Gilded Glamour,’ I wanted to focus on the people without whom nothing Gilded would exist: the labourers, the workers, the unseen. This look is for everyone who thinks they don’t have a voice. They do,” Ahmed’s stylist Julia Ragolia told Vanity Fair. This year’s gala encouraged celebrities to explore the Gilded Age theme but asked them to do so while still being dressed in a typical white tie to “embody the grandeur-and perhaps the dichotomy-of Gilded Age New York.”

This year’s gala saw many take fashion to the next level, including Blake Lively who wowed everyone with a change of outfit in the middle of the red carpet, the Kardashian sisters as well as the Jenners also made it to the best and worse dressed at the event with Kylie taking the latter title for her “married to the Met” outfit.