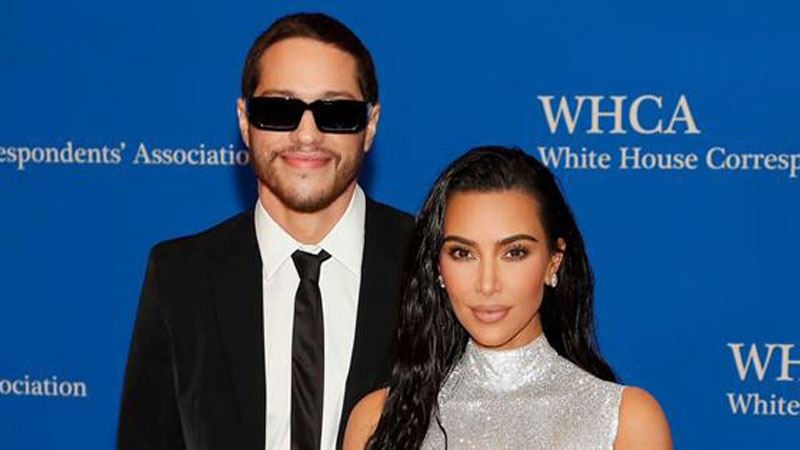 As they walked the red carpet together for the first time, Kim sparkled in a sleeveless silver Balenciaga Couture gown with Lorraine Schwartz jewelry, while Pete sported a black Prada tuxedo paired with Prada sunglasses and Vans shoes. The two posted for several pics in front of the press.

While they were seated, they were approached by a familiar face-Kris Jenner’s ex, Caitlyn Jenner. The Olympian, who was introduced to Pete earlier this year, greeted Kim with a big hug. The two were seen smiling as they chatted, and Pete, who had stepped away, soon joined in.

As Trevor launched into his comedy set, he gave Pete a shout-out. “You guys spent the last two years telling everyone the importance of wearing masks and avoiding large indoor gatherings. Then the second someone offers you a free dinner, you all turn into Joe Rogan, huh?” I mean, Dr Fauci dropped out. That should have been a pretty big sign Fauci thought it was too dangerous to come tonight. Pete Davidson thinks it’s okay. And we all went with Pete. Okay.”