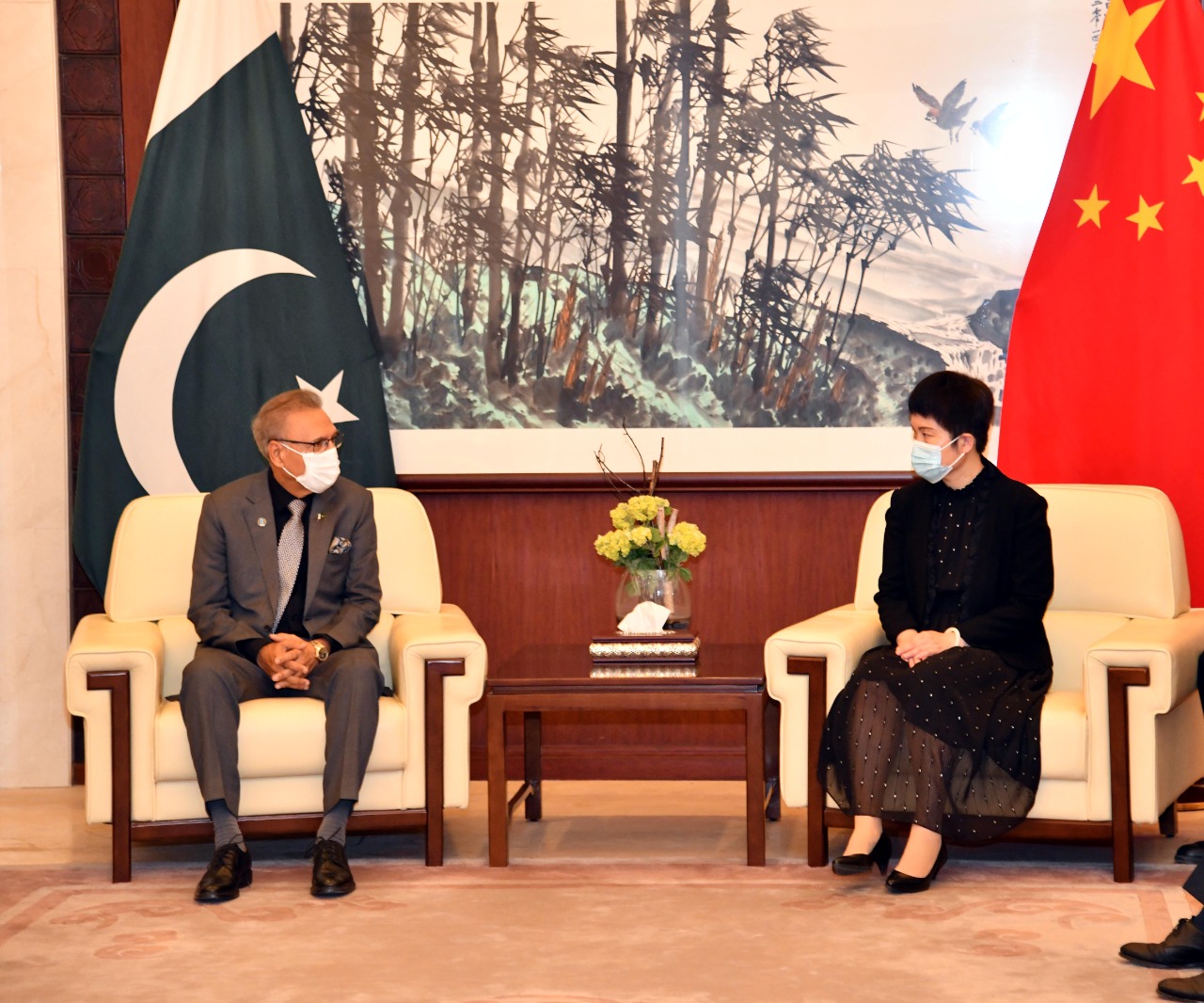 In order to express solidarity with the people and the Government of China, President Dr Arif Alvi Saturday visited the Embassy of China and offered his heartfelt condolences over the loss of precious lives of Chinese nationals in terrorist attack that took place in Karachi on April 26 April. Talking to the Charge d’ Affaires, Pang Chunxue and officers of the Chinese Embassy, the President said that the entire Pakistani nation was in deep pain and shock over the unfortunate incident and shared the grief of Chinese brothers and sisters, President Secretariat Press Wing said in a press release.
The President reiterated the resolve that Pakistan would leave no stone unturned to ensure the safety of Chinese nationals and bring to justice the elements involved in this heinous incident.   Condemning the incident, the President said that some hostile countries were behind it which wanted to harm Pak-China friendship and China Pakistan Economic Corridor project but they would not succeed in their designs as both countries enjoyed deep friendship and were strongly committed to further strengthen the all-weather friendship. He asked the Charge d’ Affaires to convey his heartfelt condolences to the Chinese people, Communist Party and President Xi Jinping. The Charge d’ Affaires thanked the President for visiting the Embassy and expressing solidarity with the people and the Government of China. She said that both countries had shared future and had a long history of friendship and close cooperation.
She condemned the attack and hoped that the culprits behind this incident would be apprehended and punished. Later, the President wrote remarks in the visitor’s book of the Embassy. Talking to media, the President said that friendship between the two countries was enshrined in the brotherly relations of the citizens of Pakistan and China. He opined that losing the three Chinese brothers in Karachi attack was like losing some relatives in Pakistan. The President stressed upon the need to destroy the nefarious terrorist designs that wanted to discourage China from helping Pakistan and expansion of Belt Road Initiative (BRI).
Pakistan had been very successful to defeat such designs but Karachi terrorist attack took place which was very painful, he said and assured that the culprits involved in attack would be brought to justice, besides, improving safety of the Chinese nationals.