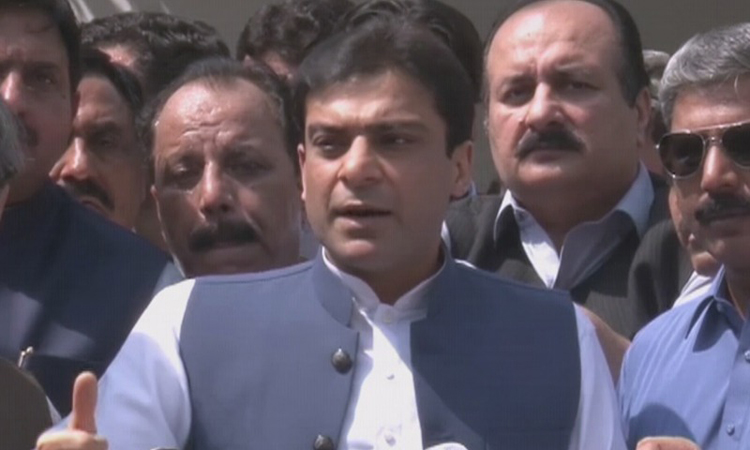 The court ordered its office to immediately forward the orders to federation for necessary compliance.

The court noted that its earlier directions about the administration of oath had binding effect. “Both the decisions of this Court despite having binding effect were ignored.”

Justice Jawad Hassan passed the orders while allowing third petition filed by Punjab Chief Minister-elect Hamza Shehbaz in the backdrop of non-compliance of court directions over his oath taking issue. The court had reserved verdict on the petition after hearing arguments of the parties earlier in the afternoon.

Earlier, Advocate Ashtar Ausaf on behalf of Hamza Shehbaz argued before the court that the LHC chief justice had ordered Punjab governor to administer oath of office to his client till April 28 while disposing of his petition. The court asked why contempt petition was not filed in this situation.

Ashtar Ausaf submitted that contempt petition could be filed but his client had instructed to place oath-taking issue only before the court. The counsel further submitted that fundamental rights of the masses were being affected as their elected representative was not being allowed to work. The court questioned an additional attorney general about stance of the federal government in the matter. The law officer replied that the prime minister had asked thrice for appointing someone for administering oath.

Advocate Azhar Siddique on behalf of PTI MPAs requested to form a larger bench to hear the matter. He submitted that the court did not issue any notice on first two petitions of Hamza Shehbaz. He also submitted that the petition was not maintainable. At that stage, the court adjourned the further hearing till 2.00pm.

The court addressed Hamza Shehbaz’s counsel and observed that they came in the court for third time, adding, “What they wanted.” Ashtar Ausaf replied that the system could not work without government. However, a provincial law officer requested the court to form larger bench for hearing the matter. But, the court remarked that larger bench was not required in the matter and reserved its verdict.

Hamza had filed the petition against the Federation of Pakistan and Province of Punjab under Article 199 and all other enabling provisions of the Constitution of the Islamic Republic of Pakistan and Law. In his petition, Hamza had said, “The high court had issued orders regarding the administration of the oath; however, the court’s order has not been implemented.”

He mentioned that Punjab Governor Omar Sarfaraz Cheema, once again, refused to comply with the court order, urging the court to appoint a representative who can administer the oath to him. In his petition, Hamza has requested the court to fix a date and time for the oath-taking ceremony along with a representative. “Actions of those causing delay in administering oath should be declared unconstitutional,” the petition maintained, recalling that the Lahore High Court had directed governor Punjab to administer oath himself or appoint a representative to perform the constitutional duty by April 28. It, however, mentioned that governor Punjab once again refuted the verdict of the court. Moreover, President Arif Alvi also did not respect the observation of the apex court.