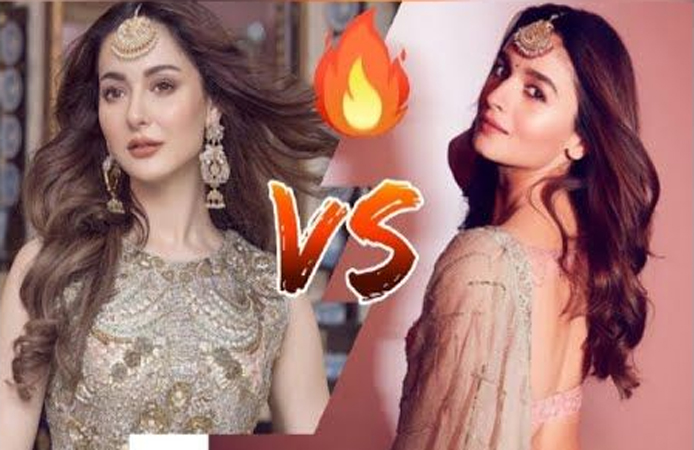 Hania Aamir – who is currently winning hearts with her character of Hala in ARY Digital’s super hit serial ‘Mere Humsafar’ – had a conversation with a local news portal where the bubbly actor reacted to ‘being compared’ with Bollywood star Alia Bhatt.

“Alia Bhatt is a megastar,” said the ‘Ishqiya’ actor. “I feel happy when people draw comparisons between us.”

Furthermore, the actor revealed that she is quite passionate about music and enjoys English tracks more. “Often the OSTs of serials get more attention than the play itself and turns out to be a super hit,” she stated.

Responding to one of the questions, Hania confirmed not having a tiff with anyone from the industry. “I have great respect for Saba Qamar and Neelam Muneer, their films are also coming out this Eid with mine,” she said further.

Earlier, in one of the tell-alls as well, Hania attributed her success to the Bollywood actor. She said, “Alia Bhatt had been one of the main reasons behind me getting a lot of projects.”

“If any producer is in need of an innocent-looking, dimpled young girl then they know where to find me. When Alia Bhatt becomes the face of any brand in India, then that same company approaches me to represent them in Pakistan,” she explained.

Hania Aamir is currently seen essaying the role of Hala in ‘Mere Humsafar’, alongside the ensemble cast of Farhan Saeed, Waseem Abbas, Saba Hameed, Zoya Nasir, and Samina Ahmed among others.