Mathira faces severe backlash for her statement on Dua Zehra 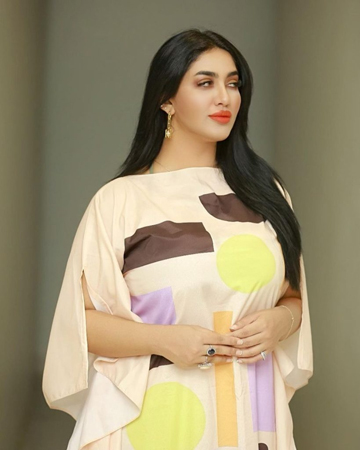 Fourteen years old Dua Zehra has recently been recovered after she had gone missing from her vicinity.

The incident took social media to storm and everyone including the showbiz celebrities was seen commenting.

Host Mathira also gave her two cents on the matter and said that the kids like Dua Zehra don’t think about their parents and take such big steps.

“It’s so sad why would you do that to your parents?” Mathira wrote in her Instagram story.

“Cause of stupid girls like this real cases of missing girls are not taken seriously,” Mathira wrote in her story.

Her harsh words and rude statement brought a lot of public backlash.

Fans said that the poor girl is still not recovered and people are jumping to harsh conclusions. They said that sometimes Mathira needs to keep her mouth shut. A girl called Mathira dumb. They said that Mathira’s statement was uncalled for, that too on a crucial time.