Imran wants umpire, players and match of his own choice 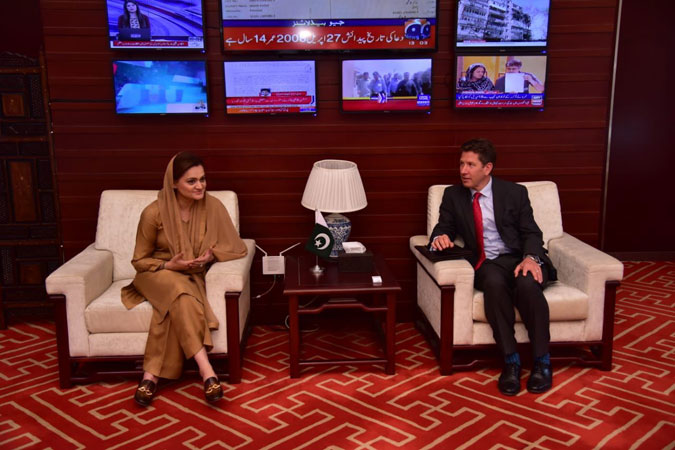 In her reaction to Chaudhry Fawad’s statement, she said that Imran Khan abused and threatened to anyone who asked any question. She alleged that Imran Khan wanted that everyone should believe in his lies and he should not be held accountable for corruption. “They want questions of their own choice and answers of their own wish”, she said while taking a dig on PTI.

“Imran wants match of his choice, umpire and players of his choice where decisions are made on his will”, she remarked.

Imran Khan wanted judges of his choice, lawyers of his choice and verdicts of his will, she said. The minister while denouncing the PTI chairman, said that Imran did not believe in the constitution or law, as he considered himself as the Constitution. She said it was Imran’s mindset that if any court asked a question, it should be insulted and ridiculed and allegation of a conspiracy should be levelled.

Marriyum Aurangzeb said it was part of Imran’s policy that if the Election Commission asked any question, time should be wasted for eight years and then threaten it to besiege it. Similarly if media raised any questions on his government performance, his reaction was to close television channels, programs and ban newspaper columns, he filed lawsuits against them and introduced black laws and put media persons in jails and they were physically attacked.

Meanwhile, Marriyum Aurangzeb during a meeting with British High Commissioner Christian Turner said that Pakistan’s relations with the United Kingdom are based on mutual respect, common views on a wide range of regional and international issues and Islamabad immensely values these bilateral ties.

She remarked that Pakistan’s relations with UK continued to grow during the past 75 years, and Pakistan was looking forward to further strengthen bilateral ties in future. Congratulating Marriyum Aurangzeb on assuming the portfolio of Minister for Information and Broadcasting, the British High Commissioner expressed his desire to work together to further strengthen and expand bilateral cooperation between the two countries.

They discussed development of bilateral relations, including cooperation in various fields of media, digital media, media training and film-making. The minister termed fake news as a big challenge for the entire world including Pakistan. Christian Turner congratulated the Information Minister on the 75th anniversary of Pakistan’s independence. They also agreed to celebrate the 75th anniversary of the establishment of diplomatic relations between Pakistan and the United Kingdom in a befitting manner. The minister said that there would be special celebrations on Independence Day of Pakistan on August 14 at the embassies of Pakistan and United Kingdom and London City.