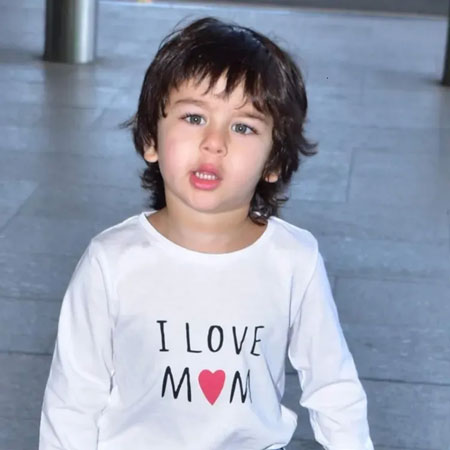 Taimur Ali Khan, elder son of actor-couple Kareena Kapoor and Saif Ali Khan, on Saturday asked the paparazzi stationed outside their Mumbai home to turn off their cameras. In a video shared by a paparazzo account on Instagram, Taimur was seen waving his hand and shouting, “Bandh kar dada, bandh kar dada. Bandh kariye usko (Turn it off).” Kareena was seen pulling him away. In the same clip, Kareena Kapoor’s younger son Jehangir Ali Khan, also called Jeh, was seen riding a toy car inside their apartment complex. Taimur and Jeh’s nannies were also seen walking nearby. Kareena wore a white shirt and blue pants while Taimur was dressed in a white and saffron-coloured T-shirt and shorts. In another clip, Kareena and Taimur were seen getting off from their car at her shoot location. As Kareena held Taimur’s hand, he left her and went back to her nanny and held her hand instead. Kareena was seen asking Taimur to accompany her, however, he kept pushing her hand away. After trying several times to take Taimur with her inside her vanity van, Kareena was seen getting inside leaving Taimur with his nanny.