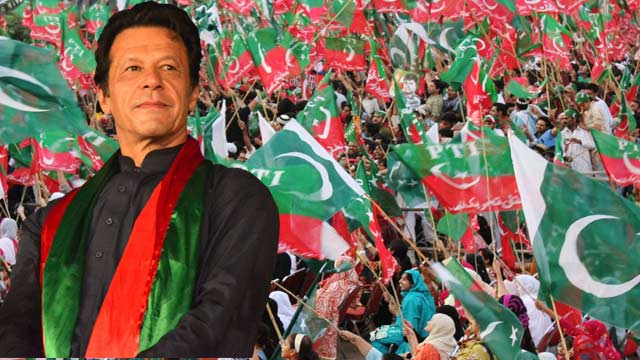 The Prime Minister issued the directives in view of the reports of security threats to the life of former prime minister Imran Khan.

Deputy Commissioner Lahore Wednesday wrote a letter to the Pakistan Tehreek-e-Insaf (PTI) leadership regarding the security threats ahead of tomorrow’s public rally at Minar-e-Pakistan.

Amid security threats, Imran Khan was advised to address the public rally via video link, the DC stated in a letter penned to the PTI leadership.

On the directives of PM Shehbaz Sharif, the Interior Ministry issued a letter to the authorities concerned to ensure the foolproof security of former Prime Minister Imran Khan.

PM SHEHBAZ SHARIF HAS DIRECTED INTERIOR DIVISION TO TAKE EFFECITIVE & IMMEDIATE STEPS FOR PROVISION OF FOOL-PROOF SECURITY TO EX-PREMIER IMRAN KHAN. HE FURTHER SAID THAT PEACEFUL PUBLIC MEETINGS ARE PART OF DEMOCRACY & INSTRUCTED THAT NO HURDLE SHOULD BE CREATED IN THIS REGARD.

The same directive was issued to the Inspector General Police and the Chief Commissioner of Islamabad.

The letter instructed about putting in place foolproof security arrangements for Imran Khan during public rallies and other events.

The letter also stressed the deployment of a bomb disposal squad outside the residence of the former prime minister in Bani Gala.

The authorities concerned were warned that no negligence would be tolerated regarding the security measures, particularly during Imran Khan’s public engagements and gatherings.

It is pertinent to mention here that Pakistan Tehreek-e-Insaf will hold a public rally at Minar-e-Pakistan in Lahore. Imran Khan will address the public rally.

On Tuesday, Pakistan Tehreek-e-Insaf Chairman Imran Khan asked the masses if they want an independent Pakistan then they must come to Minar-e-Pakistan to attend PTI’s protest rally on Thursday (April 21).