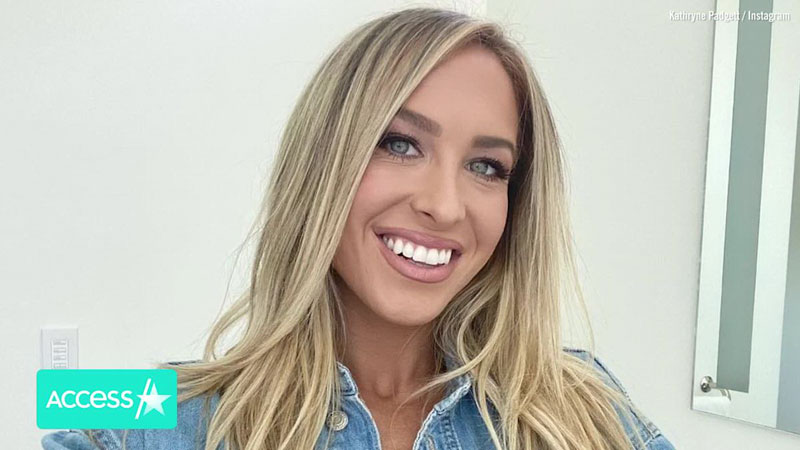 Alex Rodriguez is stepping up to the plate again in the game of love. The former New York Yankees star was spotted on April 12 cruising in his red Porsche with Kathryne Padgett, who he’s recently been seen with on several occasions.

That same day, A-Rod, 46, and the fitness competitor were sitting courtside as the Minnesota Timberwolves played the Los Angeles Clippers. Kathryne tagged the baseball star in a photo posted to her Instagram Stories showing off their sneakers with the caption, “Let’s go twolves!!!!”

Last week, A-Rod claimed credit for snapping a photo of Kathryne at the Oakland Coliseum on Opening Day. When asked by a fan, “Is this your photography skills,” he replied, “Yes.”

A-Rod’s budding romance emerges just days after his ex-fiancée Jennifer Lopez announced her engagement to Ben Affleck in her “On the JLo” newsletter April 8. In a video message sent to her fans, she showed off her beautiful green ring, saying, “You’re perfect.”

Last April, the Hustlers actress and A-Rod called it quits, ending their nearly two-year engagement. ? ?”We have realized we are better as friends and look forward to remaining so,” JLo and A-Rod said in a joint statement to E! News at the time. “We will continue to work together and support each other on our shared businesses and projects.”

Jennifer, who shares 14-year-old twins Emme and Max Muñiz with ex-husband Marc Anthony, and A-Rod-who shares daughters Natasha, 17, and Ella, 13, with ex-wife Cynthia Scurtis-added they “wish the best for each other and one another’s children.”