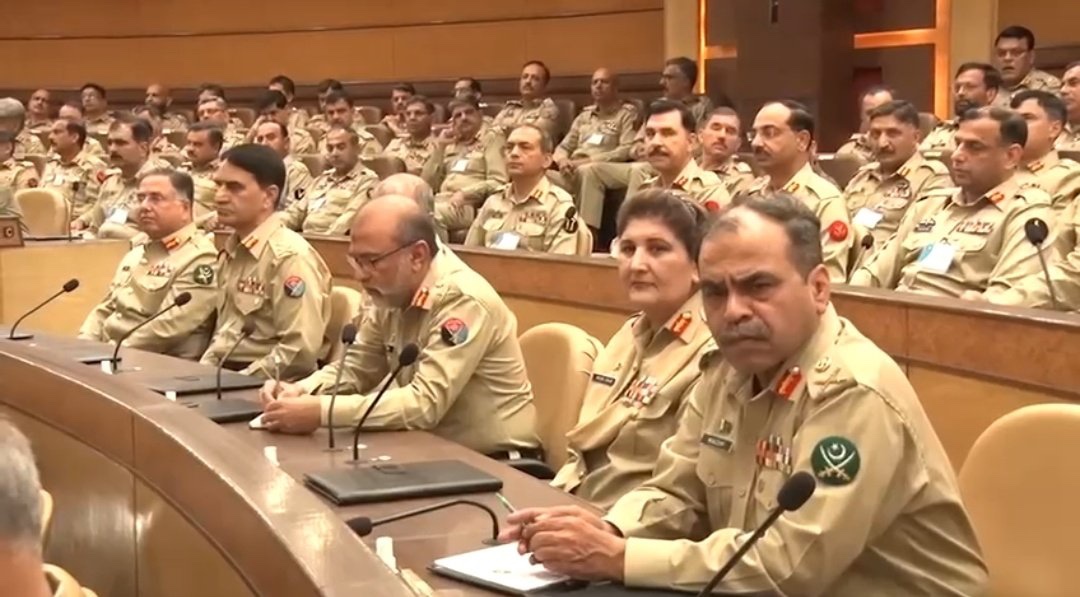 RAWALPINDI: The 79th Formation Commanders’ Conference, held here at GHQ on Tuesday, took note of the recent propaganda campaign by some quarters to malign Pakistan Army and create division between the institution and society.

The participants were briefed on professional matters, national security challenges, and measures being undertaken to counter traditional and non-traditional threats. The COAS expressed satisfaction over operational preparedness of formations and response mechanism to deal with emerging challenges.

The Forum paid rich tribute to the supreme sacrifices of officers and men to ensure security of borders and safety of masses. “National Security of Pakistan is sacrosanct. Pakistan Army has always stood by the state institutions to guard it and always will, without any compromise”, the forum said.

The forum expressed complete confidence in leadership’s well considered stance to uphold the Constitution and rule of law, at all cost. “Pakistan Army is aware of its responsibilities and shall continue to defend territorial integrity and sovereignty of Pakistan against all internal and external threats under all circumstances”, the COAS concluded.