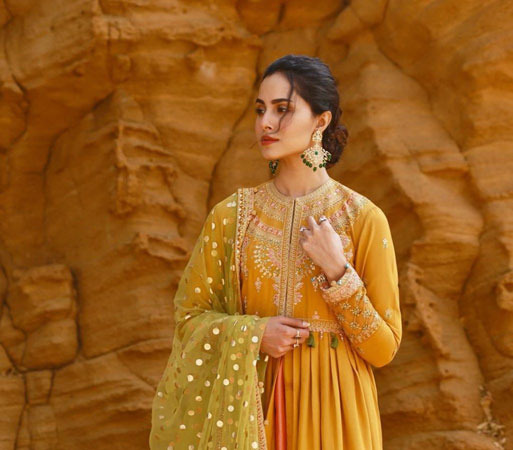 Nimra Khan is one of the very few celebs always ahead to join the viral meme bandwagons with her innovative recreations. This time around she has done her spin on the viral comment by a fellow actor Ahsan Khan said during a red carpet conversation at one of his late appearances. The humorous clip shared by Nimra Khan on Tuesday sees her lip-sync the dialogue, “Hi guys, this is Ahsan Khan, I’m an Asian, British Asian actor, mostly working for Pakistan.” “I live here and there as well,” she completed the script with funny expressions. Sharing the meme video on her verified account on the photo and video sharing site, ‘Bhool’ actor tagged Ahsan Khan and requested, “Mera bhi visa lagwado here n there ka” followed by a sad emoji. The video went viral across social media platforms and has been watched by over 63k users on Instagram alone, along with thousands of red hearts as well. Nimra, who has 2.4 million Instagram followers, frequently takes to the social media platforms to share the clicks from her photoshoots and projects’ BTS as well as her spinoffs to viral meme trends.