Tareen group sticks to its demand of minus-Buzdar 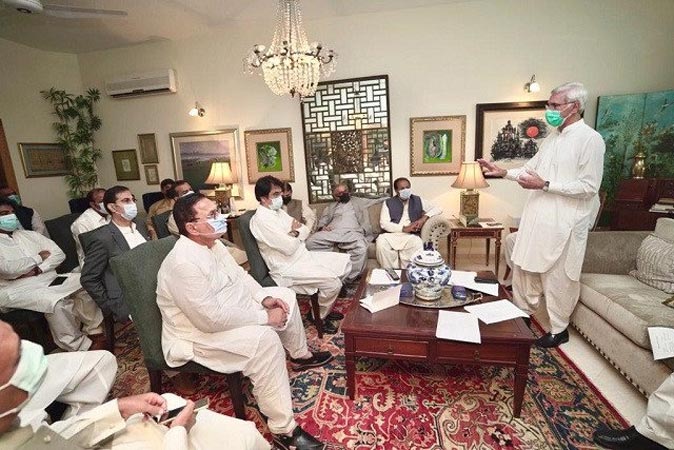 “We do not want to part ways with Pakistan Tehreek-e-Insaf (PTI) but the party has to minus Buzdar to move ahead,” one of the members of Tareen group was quoted as saying by a private TV channel.

Tareen group members also presented a long list of demands to the government’s negotiation team led by Punjab Education Minister Murad Raas. As many as 17 members of the Tareen group expressed their reservations about governance in Punjab, bureaucracy attitude and ‘politics of revenge’.

Members of the government’s negotiation team reportedly told the disgruntled group representatives that they can arrange their meetings with Prime Minister Imran Khan and Punjab Chief Minister Sardar Usman if they want to highlight their issues with them. They said that the government team has already conveyed all demands of the Tareen group to the premier and Punjab CM.

Another round of talks between the disgruntled members of the ruling party and the government is expected today. The ongoing power game turned ugly for Prime Minister Imran Khan even before the voting on the no-confidence motion as around two dozen disgruntled MNAs of the ruling PTI came out in the open on Thursday.

Taking refuge at the Sindh House in the federal capital, several of them gave interviews to different anchorpersons, saying they had parted ways with the ruling party and would not contest the next elections on a PTI ticket.

The interviews of the dissenting members and footage running on TV channels showing them present at Sindh House came at a time when the opposition parties, including the ruling party in Sindh, have been attempting to oust the PTI government through a no-trust motion.

Before the situation unfolded, PPP leaders said the government was planning to attack Sindh House on the grounds that the opposition had detained some ruling party lawmakers there ahead of the vote on the no-confidence motion against the prime minister.