Pakistan wins praise from Indians for helping students in Ukraine 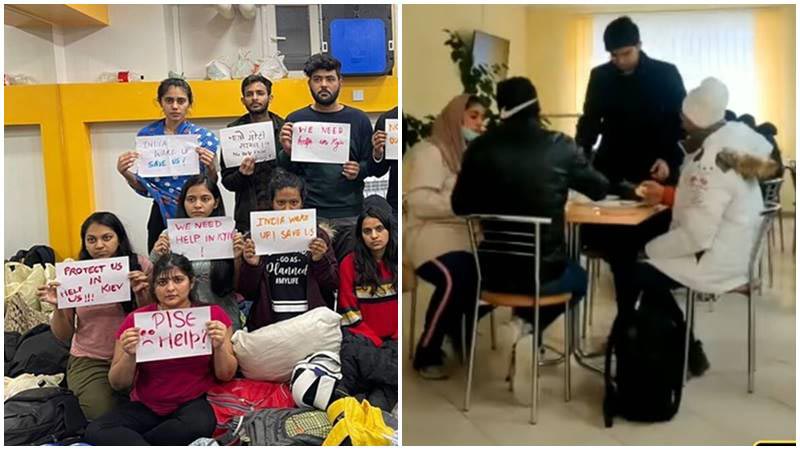 Pakistan has won praise from several Indian nationals for helping Indian students as they tried to leave Ukraine, which has increasingly grown hostile to New Delhi after the Modi government refused to vote against Moscow, a private TV channel reported.

On the other hand, Indian media claims that their national flag has helped Pakistani students cross border posts.

Indian nationals, including students, faced discrimination in Ukraine after their government refused to vote against Russia at a UN Security Council meeting on February 25. The decision led to Indian students being beaten at the Poland-Ukraine border allegedly by Ukrainian border guards. In this situation, a group of Indian students left the northeastern Ukrainian city of Kharkiv and arrived in Lviv, a town 70 kilometres from the Poland border. But they could not find any Indian diplomat to help them there.

In a video shared by Sweden-based Indian professor Ashok Swain, an Indian student is heard saying that he and three others were sitting with Pakistani students because when they arrived in Lviv there were so many people and they could not find anyone from the Indian diplomatic mission to help them. “Only four of us are Indian. The rest of them all are Pakistanis. You can see,” the student says as he films several young people in what looks like a dining hall.

Qureshi said that Indian students were given food and shelter by Pakistan embassy staff in Ukraine because “they are kids” and were in distress. “We did whatever was possible on humanitarian grounds,” he said. Pakistan’s gesture has been welcomed by several Indian nationals living outside India. “Pakistanies have always helped Indians outside India, never met a single Pakistani who carries politics on his/her sleeves,” said Anirudh Agrawal in response to Swain’s tweet.

Gaurav Sabnis, who is based in New York, referred to the Karak temple episode when Pakistan reconstructed a Hindu temple vandalized by mob. “First with that vandalized temple reconstruction and now this, the Pakistani government is showing that it has a much better grasp on the concept that doing the right thing can actually be good for your public image too. That you can ‘win’ with generosity. ”

Pakistan embassy in Ukraine on Thursday said it has completed evacuation of all but 125 students who were in the border region. A total of 1250 students were evacuated, the embassy said.