Mira Sethi’s debut book Are You Enjoying? has been longlisted for The Story Prize

* Her book brings Pakistan to life in a vivid, unusual way 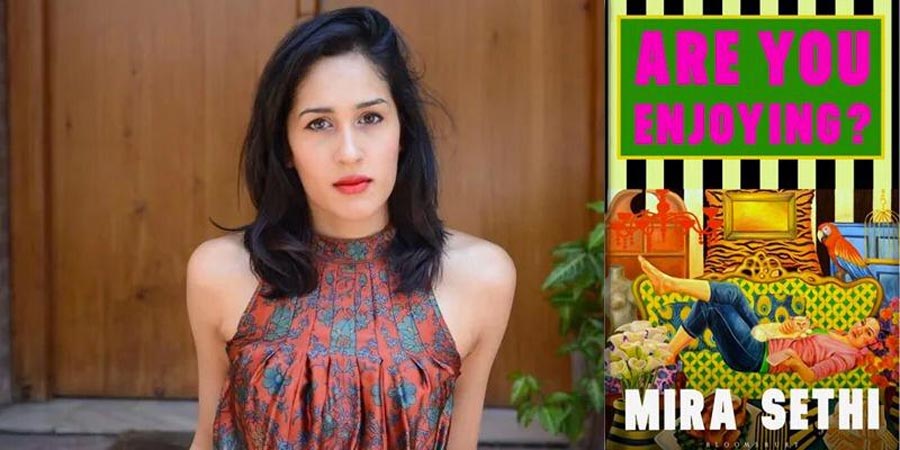 She broke the good news on twitter: “A moment of gratitude amid despairing news from the world. ARE YOU ENJOYING longlisted for The Story Prize?”

Her book brings Pakistan to life in a vivid, unusual way. These are stories about the intersection of identity, sexuality, power and desire: an actress on the set of her first major TV show, a strong matriarch navigating politics in a conservative setting, an illicit love affair between a woman and a much-older man, two friends who agree to marry in order to keep their sexualities a secret.

In each story, Sethi peels away layers to reveal young Pakistanis navigating love and longing – their conflicting desires and obligations – against the backdrop of contemporary Pakistan. It is a proud moment for Mira and for Pakistan for her book to be longlisted for The Story Prize.

Mira Sethi is an actor and a writer. She grew up in Lahore and attended Wellesley College, after which Sethi worked as a books editor at The Wall Street Journal. She has written op-ed pieces for The New York Times, The Wall Street Journal, and The Guardian. Sethi regularly appears in mainstream Pakistani drama series on television. She lives in Karachi.