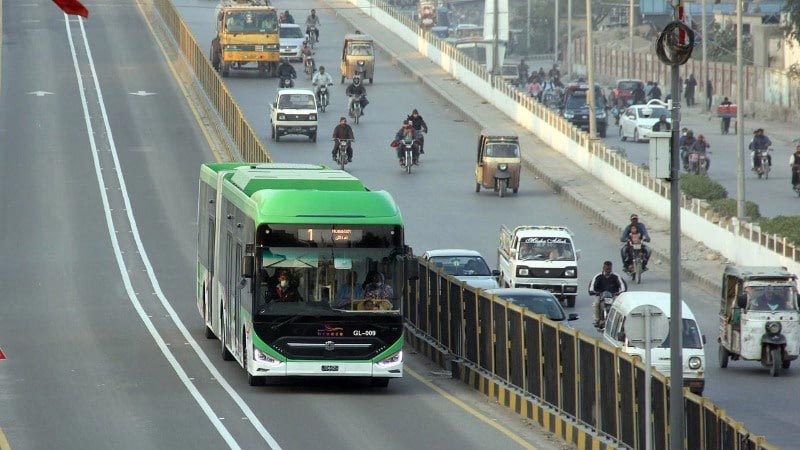 Commuter using Karachi Green Line bus rapid transit system have complained of mismanagement and said that they are being overcharged on tickets by the operator company, a private TV channel reported.

They say the bus service was introduced for their ease but it has become a headache because every day they have to face several issues. A passenger, who checked in from Shadman said that he just travelled to the next stop but the company charged Rs100 for the short journey. He sought details from the ticket counter but the staff ordered him to contact the helpline. “I have no idea where I can submit my complaint and the helpline is not responding,” he said.

Some passengers said they were charged Rs55 for short journey. The minimum ticket price is Rs55, but commuters who make shorter journeys buy prepaid cards so that they could pay the smaller amount. However, when the card system went down, they were forced to buy Rs 55 tickets.

Other than facing link down and internet problems, passengers also complained about electricity issue. People say they have seen scuffled on ticket counters.

Karachi’s Green Line was inaugurated by Prime Minister Imran Khan on December 10. It started commercial operations on December 25 and became fully operational on January 10. There are 80 buses that run on the tracks from 7am to 10pm, according to officials.

It runs from Numaish Chowrangi to Abdullah Chowrangi in Surjani Town with 22 stations in between. The full-length journey takes 45 minutes.