* Amid Russia's attack on Ukraine, the video was met with backlash, with several users slamming the video as tone deaf 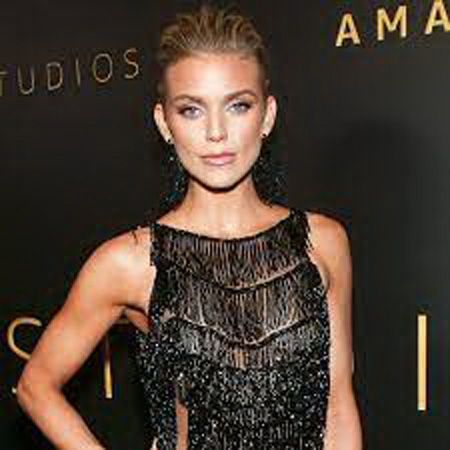 AnnaLynne McCord’s message to Vladimir Putin has caused a stir on social media.?In a video posted to Twitter on Feb. 24, the 90210 actress recited an original poem addressed to the Russian president, suggesting that she could have been more of a positive influence to him if she was his mother.

Amid Russia’s attack on Ukraine, the video was met with backlash, with several users slamming the video as tone deaf. “This is worse than making a petition,” one person tweeted, while another wrote, “I say give me a fucking break. This is just self-righteous clout chasing. Young men will die, fighting a war that’s more about one megalomaniac’s ego and geography and power mongering than anything. Sure, blame it on the mother. Give me a break only.”

The comments did not stop there. “Apart from the absolute toe-curling cringe that is this entire performance,” read one tweet, “blaming the #RussiaUkraineWar on #Putin’s unfit or inadequate mother instead of the actual man and his ego that started it is BREATHTAKINGLY problematic.”

Others compared the video to the star-studded 2020 “Imagine” cover released amid the pandemic. “I remember thinking no one could make something worse and then annalynne McCord made that video today,” one tweet noted, while another added, “This is like 200 times worse than that Gal Gadot Imagine thing.”

In the now-viral video, AnnaLynne expressed how his life would be filled with joy and love if she was his mother.

“I can’t imagine the stain,” the Nip/Tuck actress said in part. “The soul-stealing pain that the little boy, you must have seen and believed and the formulation of thought quickly taught that you lived in a cruel, unjust world.

Is this why you now decide no one will get the best of you? Is this why you do not hide nor shy away from taking back the world? Was it because so early in life all that strife wracked your little body with fear?”? AnnaLynne has not addressed the criticism and the video is still up on her Twitter account. E! News has reached out to her rep for comment.