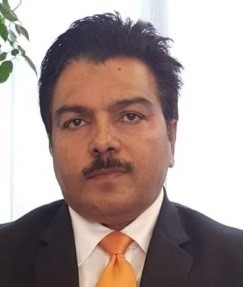 Unprecedented outbreak of violence took place in Kazakhstan during the first week of January this year, when the peaceful rallies against the rise of gas price appeared in a number of regions of the country. The perpetrators of violence took advantage of the genuine discontent of the population and the protests were hijacked by bandits, looters and armed terrorists.  Almaty, the biggest city of Kazakhstan remained hot spot of the violence. The key goal was disorganization of government institutions and undermining of constitutional order.

Faced with rare armed aggression and unrest, Kazakhstan had to call for assistance from its partners of the Collective Security Treaty Organization (CSTO) to deploy an international peacekeeping contingent. CSTO member states include Kazakhstan, Russia, Kyrgyzstan, Tajikistan, Belarus and Armenia. Peacekeeping forces of CSTO left the country on January 19, after assisting law and order forces of the Republic of Kazakhstan in stabilizing the situation and restoring the rule of law.

President of Kazakhstan, Kassym-Jomart Tokayev, rose to the occasion and made immediate change at the helm of National Security Committee that is a key counter-terrorism agency. Mr. Alikhan Smailov was elevated to the position of Prime Minister. President Tokayev assigned immediate tasks to the new government to restructure and bring about reforms in all segments. Highlights of the targeted reforms to address the recent crisis and support long term well-being of the people of Kazakhstan are as under:

Above action plan is quite comprehensive and can realize the national goals of equal income distribution, uniform regional development, eradication of poverty and long term stability, once implemented.

While being in Kazakhstan, it is amazing to observe many impressive tendencies of the Kazak society during enormous times of violence and unrest. Food supply chain all over the country was choked due to emergency and night time curfew. Citizens and consumers were short of utility items. When after de-escalation of violence, local citizens swarmed into the utility stores, none of them tried to capture more than one or two boxes of eggs, packs of milk and bread etc., in sheer regard of every one’s need. Even at these emergency hours, people observed traffic signals. Local people demonstrated respect for the foreigners during the crisis and helped them in procuring grocery items.

Now, during the last week of January, normalcy is restored, things are back to routine. The most beautiful and resource rich Kazakhstan, a country bigger than the whole of Western Europe, has reflected its resilience based on the commitment and prudence of the government authorities. The government of Kazakhstan was very successful in price control of consumer items. The entrepreneurs suffering damages during the fierce violence are also receiving state compensation. Moreover, the depreciation of Tenge has also not been recorded due to effective exchange control of the Central Bank. Surely, Kazakhstan has coped with the untoward turmoil in an exemplary way.